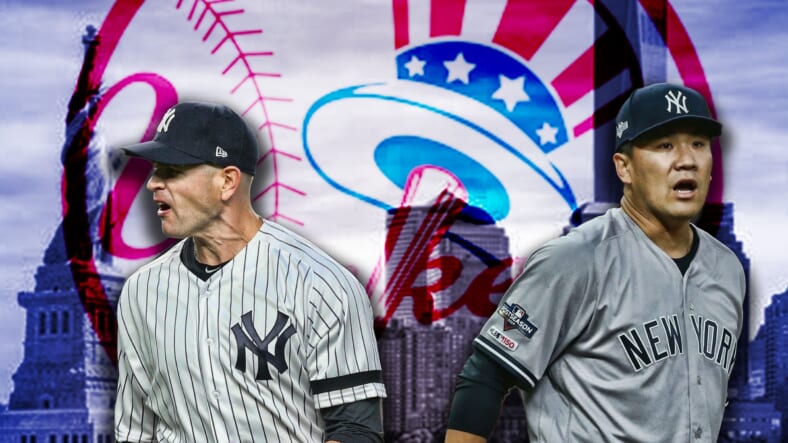 The New York Yankees will have a few big decisions to make during the 2021 offseason. While they still have 2020 to reach the World Series and capitalize on their $324 million investment in their starting pitching rotation, several players will be allowed to walk.

The Yankee way of life can be overwhelming for some, but consistent winning and personal success often proves to be a driving factor for the better players in the league.

The three players the Yankees must deal with next offseason are:

While a knee injury hampered Paxton in 2019, he produced a stellar second half of the season leading into the playoffs. As one of the better lefty starters in the league when healthy, the Yankees should consider keeping him around for another season or two, depending on if he’s willing to accept a short-term deal. With his prime quickly moving along, he might be inclined to take a long-term deal elsewhere, which could be a deterrent for the Bombers.

LeMahieu has been a stellar addition since his inception last season, posting incredible offensive numbers and acting as a true utility player across the infield. His .327 batting average, 26 homers, and 106 RBIs attest to the season he enjoyed in Pinstripes. The Yankees would be foolish to let him slip away, as he can be the starting second baseman for years to come, and they can always transition him into a first baseman down the road if needed.

His two-year, $24 million deal will need to be increased exponentially to retain him, though, as he’s deserving of far more. His OPS+ (136) last season and consistent health only attribute towards the value he brings to the club.

While Tanaka has been a horse for the Yankees, he’s quickly losing velocity on his pitches and giving up more hits. In 2019, he allowed 186 hits, a career-high over six seasons. If he sees further degradation in 2020, the Yankees will have no choice but to let him test the free-agent market.

Factoring the partial UCL tear in his throwing elbow and there’s no telling how much longer Tanaka can survive until having to endure Tommy John surgery. The injury has been present since 2014, and he hasn’t missed significant time, so he may escape once more without suffering anything catastrophic.