Masataka Yoshida: The Japanese Star that the Yankees Can’t Miss 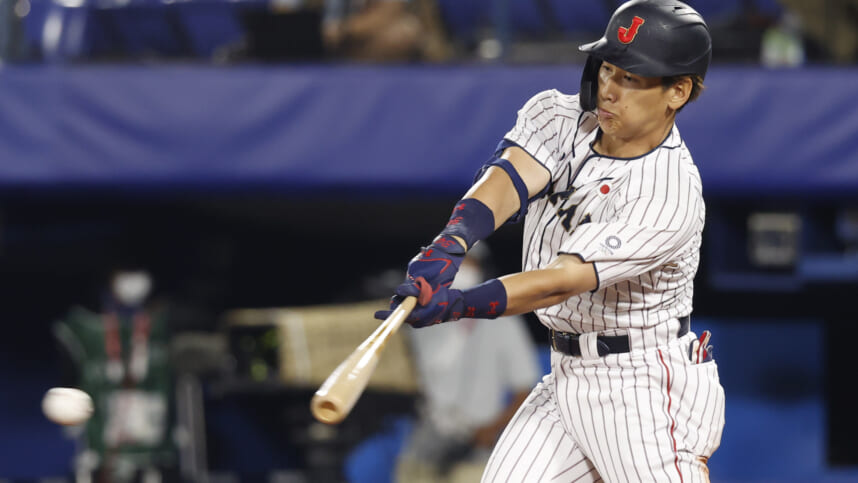 The Yankees have had struggles finding a consistent leadoff hitter for quite some time now. While I’m always for adjusting your lineup as the season goes on and shaking things up when the offense sputters, it’s nice to have someone you can reasonably project will perform well at the leadoff spot. There are plenty of options for the Yankees to look at for that leadoff hitter, but perhaps that option isn’t someone who’s played at the MLB level yet.

This isn’t a reference to a prospect like Anthony Volpe, rather to one of the NPB’s best hitters. Masataka Yoshida is one of Japan’s best stars, but he should be viewed as one of the best left-handed bats on the market. He’s set to be posted this offseason, and it’s surprising to see how little attention he is receiving on the global stage, considering how well he profiles for the Major League level. If the Yankees want to have a high-ceiling bat that won’t cost as much as other options on the market, Masataka Yoshida is the type of player they should be all over.

Yoshida came off of a 2022 campaign where he had his best season as a professional. His combination of power, plate discipline, and hit tool are simply unbelievable. It doesn’t matter how you try to attack Yoshida, his strong approach and mechanics allowed him to put up video game numbers:

These are simply ridiculous numbers, as he nearly doubled his strikeout total in his walk total, alongside also hitting nearly .340 with elite power. Masataka Yoshida provides versatility for the Yankees offensively, who could slide him at the leadoff spot but also make a case to hit him anywhere between the 2-5 spots. He should definitely be at the top half of any lineup, as his ability to run low strikeout rates and high walk rates gives him a high floor as a hitter. At the MLB level, a hitter’s BB/K rates can tell a lot about whether they’re a good hitter or not, as in 2022, only 3 of the top 30 qualified hitters in BB/K rates ended up with a wRC+ below 100.

The NPB is considered a league that compares to Triple-A, and if a player were to post these numbers at that level, it would be extremely difficult to say they wouldn’t be an immediate fixture on an MLB roster. Yoshida isn’t a player who just feasts off four-seam fastballs that tend to be thrown slower in the NPB than MLB FFs, as he saw FFs at the 6th lowest rate among qualified hitters. He also did well against sliders, a pitch that’s extremely popular stateside, finishing top 3 in value at the plate against sliders. Raw production is important to evaluate, but how one generates said production matters just as much, so how does Yoshida’s profile fit as he translates to the MLB level?

Some massive concerns for players coming from another league to MLB are their whiff rate spiking and their power not translating. Shogo Akiyama, Yoshi Tsutsugo, and Seiya Suzuki are some of the most recent Japanese-born players to come over to Major League Baseball, and only Seiya Suzuki has found any MLB success (116 wRC+), though it took him time to acclimate to MLB pitching. Tsutsugo struck out at a 25.3% clip in Japan during his final NPB season, but he slugged .511, and thus the Rays assumed they’d get some serious power. Instead, Yoshi would slug just .339, and his career wRC+ is just 77. As for Shogo Akiyama, his power wasn’t as great (.471 SLG), but he had a K% under 16% and a double-digit BB%. He posted a .357 OBP in 2020, but his .297 SLG gave him an 81 wRC+, and he’d finish his brief MLB career with a career 62 wRC+ and -0.3 fWAR before heading back to the NPB.

Why should any Yankee fan think that it would be wise to sign a player who’s going to have to adjust to MLB pitching? Well, the reason is Yoshida has a lot less holes than any of the players previously mentioned offensively.

Yoshida consistently outperforms his predecessors in their final seasons before being posted for MLB Free Agency, and he also posted the best wRC+ amongst all of them at 201. High contact rates and great power should lead to tons of success at the MLB level, as he’s at least going to be able to run into enough batted-ball events to find his power stroke. The Yankees struggled in October with generating contact, and they also struggled to hit the ball over the fence. While we cannot expect Yoshida to fix every problem for this team, he’s a step in the right direction.

Let’s look at other contracts signed by players out of the NPB and try to find where Yoshida could be at financially.

It’s safe to say that Masataka Yoshida is better than Tsutsugo and Akiyama, but I believe that Suzuki was the higher-valued option on the market. We’ll set the parameters for average annual salary between $7 million and $17 million, and for the years we’ll say roughly 4 makes sense since that’s in between what Akiyama and Suzuki got. Getting at a number like $15 million for AAV brings him right behind Suzuki and gives him $60 million guaranteed. It’s not a crazy high price considering he slots right in with Andrew Benintendi in terms of value, and most experts predict Benintendi will make ~$15 million a year over the next 3-4 years.

Why should the Yankees even sign a risk like Yoshida over proven MLB commodities like Andrew Benintendi? Well, that’s because the offensive upside (and median outcome) is better than most people believe. While yes you’re taking a risk and there’s a chance Masataka Yoshida is nothing better than a replacement-level outfielder, if he’s what his most likely outcome is, he’s the type of hitter who you bank on to succeed in the postseason.

Masataka Yoshida has a 70 grade hit tool per FanGraphs and 80 grade bat control. This is paired with a 40-grade Raw Power tool, meaning we could see a .300 hitter with an elite OBP and league-average power from the left-handed side. This is the type of player the Yankees have wanted to put around Aaron Judge and Giancarlo Stanton, and with a left-handed swing in Yankee Stadium that could help elevate what is maybe 10-15 HR power to 20 HR power. The relationship between whiffs and wOBA is a negative correlation relationship, as whiffs rise wOBA drops, and as wOBA rises whiffs drop.

This relationship trend is since 2015 (Statcast Era), and highlighted are the World Series champion teams between 2015-2021, and the more red the circle the higher their SLG%. We notice that these WS teams don’t just happen to be have higher SLG% or have more HRs (though that’s due to playing more games), but they also happen to trend toward the lower swing and miss rates. That’s where a 70-grade hit tool comes into play, as having someone who can provide at worst league-average power (with upside) but also has an elite whiff rate makes them the ideal hitter for a postseason environment. Strikeouts shoot up in October since pitchers tend to increase their Stuff+ due to velocity and spin rate upticks that can be traced to adrenaline or more “max-effort” throws.

Hitting in the postseason is hard, and I imagine that having someone who you can be certain will make contact while also having solid power is a huge advantage since they won’t be as likely to have a massive spike in whiff rate. Those whiff rate spikes create lesser batted ball events, and that’ll affect total hard hits, total barrels, and total hits. With fewer batted ball events, you end up with fewer opportunities to hit HRs, and so while strikeout rate isn’t a great way to rank hitters, you never want to have an inflated strikeout rate relative to your career norms. Masataka Yoshida provides the requisite tools needed to tackle postseason pitching, and with the Yankees posting just a .289 wOBA in the postseason since 2017, they could use all the help they can get.

I don’t like to speak in ultimatums for a sport like baseball that is subject to constant variance, but it would be really hard to explain why the New York Yankees didn’t sign a player like Masataka Yoshida.