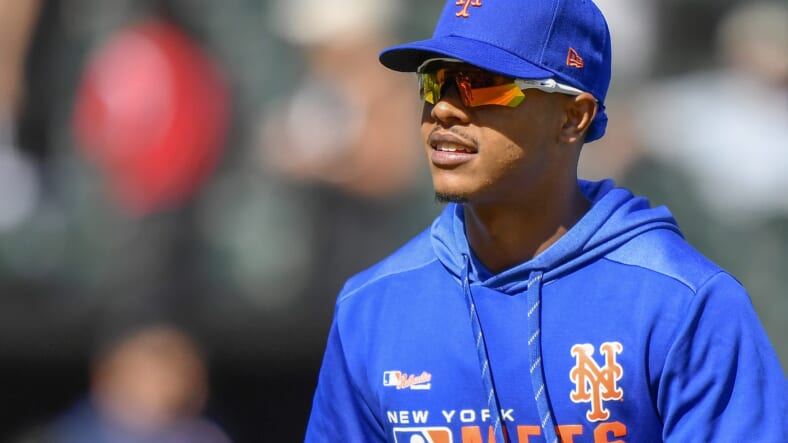 The free agent market, when it comes to starting pitching, is a bit middling. Trevor Bauer is the heaviest name and true difference-maker, top-of-the-rotation arm, but after him, there are plenty of question marks. Former New York Yankees‘ hurlers James Paxton, Masahiro Tanaka and J.A. Happ will all hit the market, and ex New York Mets’ pitcher Marcus Stroman will also be available. All of them are very talented, but a cut below Bauer.

Stroman took a shot at the Yankees and their current rotation. Indeed, the Bombers fell short of advancing to the American League Championship Series in part because their starting pitching lacked quality options and depth, at least compared to the Tampa Bay Rays.

“Besides (Geritt) Cole, there’s no current Yankees pitcher who will be anywhere in my league over the next five-to-seven years,” Stroman wrote on his official Twitter account. That seems to indicate he values himself more than, say, Tanaka, Paxton and Happ, not to mention Deivi Garcia and Jordan Montgomery.

Besides Cole, thereâ€™s no current Yankee pitcher who will be anywhere in my league over the next 5-7 years. Their pitching always folds in the end. That lineup and payroll should be winning World Seriesâ€™ left and right…yet theyâ€™re in a drought. Lol ðŸ¤·ðŸ¾â€â™‚ï¸

“Their pitching always folds in the end. That lineup and payroll should be winning (a) World Series left and right…yet they’re in a drought. Lol.” The New York Yankees should be on the free agent (or trade) market for the services of at least one starter. It’s unclear if they will make a run at Stroman, or if the righty will consider signing to play in the Bronx.

The Yankees made a run at Stroman in 2019

The Yankees made a run at acquiring Stroman prior to the 2019 trade deadline, but a deal didn’t come to fruition. General manager Brian Cashman didn’t want to meed the Toronto Blue Jays’ asking price at the time, reportedly Clint Frazier.

“We were interested in Stroman but we didn’t think he would be a difference-maker,” Cashman said at the time, according to Wallace Matthews of Yahoo Sports. “We felt he would be in our bullpen in the postseason.”