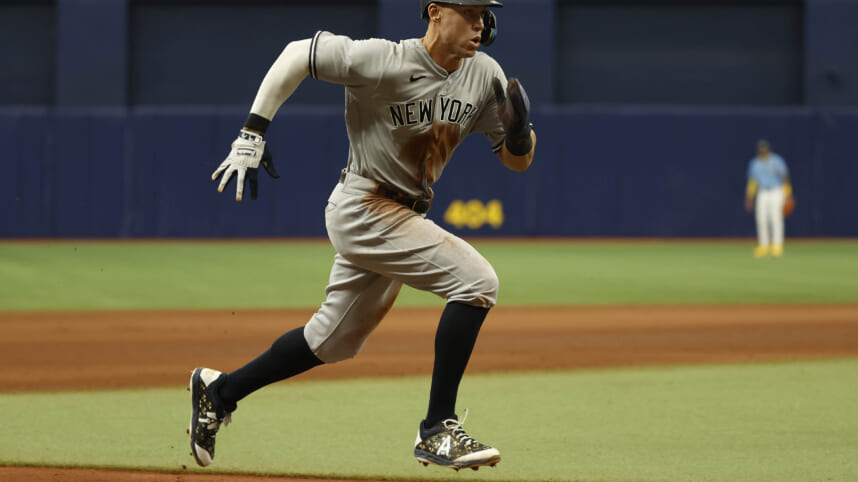 The New York Yankees are preparing to take on the Tampa Bay Rays on Friday night in the Bronx over a three-game series. The Bombers feature a 4.5-game lead over Tampa in the AL East, presenting them with a ripe opportunity to gain significant ground in their chase to overcome the Yankees as the top seed in the division.

The Yankees recently took three of four games against the Minnesota Twins but lost a tough game on Thursday evening, 4–3, courtesy of a Carlos Correa two-run homer. Old friend Sonny Gray lasted 6.0 innings, allowing 7 hits and two earned runs, decreasing his ERA to 3.09 on the season.

However, Nestor Cortés also had a solid outing, giving up two earned runs over 4.0 innings, striking out two batters. He tossed just 58 pitches before the Yankees turned the ball over to Clarke Schmidt, who gave up two hits over 3.0 innings, looking extremely efficient.

The Yankees are in a do-or-die situation:

However, the importance of the Tampa Bay Rays series is weighing on the Yankees, especially since the Rays have won eight of their last nine games. They recently swept the Boston Red Sox and are getting healthier.

The Yankees, on the other hand, recently placed infielder DJ LeMahieu on the injury list, and bullpen arm Lou Trivino is battling back spasms. They’ve been rolling out Isiah Kiner-Falefa at third base, Oswald Peraza at shortstop, and Gleyber Torres at second — a surprisingly efficient combination.

Manager Aaron Boone is waiting patiently for Anthony Rizzo to return from headaches caused by an epidural to treat his back issue. It could be a few more days before he makes return the baseball, leaving the Yankees thin at first, starting Marwin Gonzalez mostly the past few days.

Against a strong Tampa Bay team, the Yankees are going to have to play above their means. The Rays will feature Drew Rasmussen on the mound Friday, who features a 2.70 ERA this year compared to 3.79 from Frankie Montas.

Rasmussen hasn’t faced the Yankees this season but has allowed just four runs in his last three starts combined and just six runs in his last 34.1 innings in the month of August. For a struggling Yankee offense, this is probably the worst matchup they could’ve hoped for.