How the Yankees can have a perfect off-season 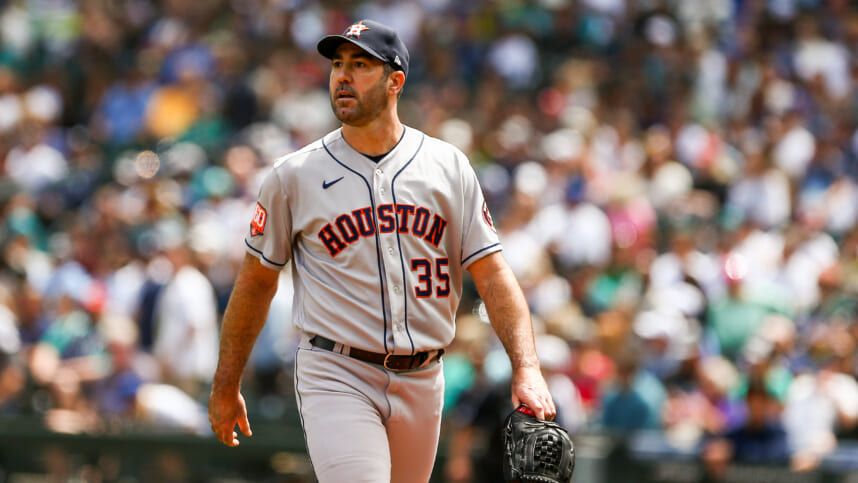 The New York Yankees have a difficult road ahead this off-season, especially with superstar slugger Aaron Judge meeting West Coast teams currently. Judge had a fantastic visit with the San Francisco Giants, who are willing to pay top dollar for his services, putting a ton of pressure on general manager Brian Cashman to retain arguably the best player in the sport.

The Bombers conceivably only have a certain amount of money to spend, but Judge wants to go to a team that will continue adding pieces after his contract is out of the way. If the Yankees want to settle in at their 2022 total payroll number, they only have about $60 million left, which leaves only $20 million after Judge signs an expected deal worth $40+ million per season.

However, owner Hal Steinbrenner could take a far more aggressive approach and target a perfect off-season, bolstering the outfield and creating one of the best rotations in the game.

Projecting the perfect off-season for the Yankees:

Judge is looking for a deal worth more than $300 million over eight seasons, and coming off a campaign where he hit .311 with a 42.5% on-base rate, 62 homers, and 131 RBIs, he’s worth every penny. The Yankees simply can’t replace him on the open market, even if they shift their attention to a star shortstop like Trea Turner. Management is keen on giving Oswald Perez an opportunity, and Anthony Volpe will be in the mix as well, who projects as the team’s future at shortstop.

Judge’s West Coast trip could be a mirage to drive up the price tag for Cashman, as the slugger has already indicated he prefers to stay in New York. Steinbrenner has already voiced his desire, but we shouldn’t rule out an aggressive San Francisco Giants team or the Los Angeles Dodgers from sweeping in and taking him off the market. Nonetheless, locking down Judge and solidifying the right field position for years to come with one of the best hitters in the game would be a good start to a perfect strategy this off-season.

If Judge really wants the Yankees to continue spending after landing him, look no further than injecting Justin Verlander into the starting rotation. At 39 years old, Verlander reportedly wants a Max Scherzer type of deal, which would pay him over $40 million per season on a three-year contract. He’s unlikely to get that type of money given his age, but Verlander is coming off a Cy Young season, hosting a 1.75 ERA over 175 innings, indicating he has plenty of juice left in the tank.

The Yanks offered Verlander a one-year, $25 million deal coming off Tommy John surgery last off-season, and they’re already connected to him once again. A Verlander/Gerrit Cole combo would give the team a tremendous boost and put together arguably the best rotation in baseball.

Cashman has connected with Japanese star Masataka Yoshida, but Andrew Benintendi could be a better option, given his proven track record.

At 28 years old, Benintendi hit .304 with a 37.3% on-base rate, including five homers and 51 RBIs this past season. His numbers dipped with the Yankees, but over the course of a full campaign, he will likely provide stellar offensive production with the short right porch in Yankee Stadium.

Featuring solid defensive play, Benintendi may garner a deal worth $15 million per season, but he has plenty of playoff experience, hitting .272 with a 32.2% on-base rate during elimination rounds, which is an important variable the Yankees should consider.

An outfield consisting of Judge, Benintendi, and Harrison Bader certainly has World Series-caliber written all over it.

If the Yankees plan to have Anthony Volpe in the mix, Gleyber Torres’s role will likely be diminished one way or another. Cashman has already spoken with a number of teams regarding Torres, notably the Seattle Mariners.

Coming off a season where he hit .257 with a 31% on-base rate, including 24 homers and 76 RBIs, it is no question that he holds substantial value. However, Torres has a limited upside at this point in time, so the team may look to acquire bullpen support and a few prospects in exchange for the infielder.

An infield consisting of Peraza and Volpe is the future no matter what, and if the team feels that Torres doesn’t have a role down the line, maximizing his value now is essential.

The Yankees have no choice but to try and offload Josh Donaldson and Aaron Hicks. Donaldson is set to count $21 million this upcoming season with an $8 million buyout in 2024. Hicks has three years left on this deal and will earn $10.5 million next year.

With Donaldson‘s baggage, it will be difficult to move on from his contract, but at the very Cashman may be able to consume a bit of his deal and save some cash in the process. The team has already tendered Isiah Kiner-Falefa on a one-year, $6 million deal, so it is possible he slides over to the hot corner until Volpe is ready to take over full-time.

Hicks still has value as a versatile outfielder and a switch-hitting bat, but coming off a few down seasons, a change of scenery might do him well. It seems to be more confidence related than physical, so Cashman may be able to find a taker for the $10.5 million he’s on the books for in 2023.