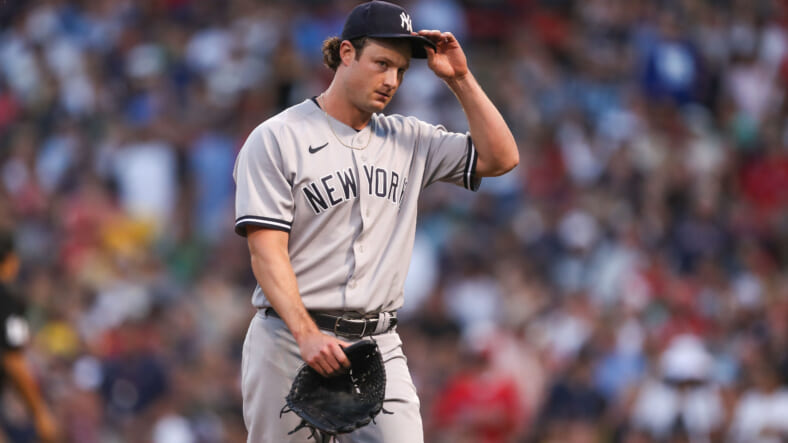 The New York Yankees dropped a disappointing game to the Cincinnati Reds on Tuesday evening. With a three-run lead in the top of the 9th inning, closer Clay Holmes had arguably his worst performance of the season, loading the bases and giving up two runs before handing it over to Wandy Peralta.

Peralta allowed a two-run single with two outs, which were attributed to Holmes, who gave up four total runs, given the runners were his responsibility.

In the end, the Yankees were unable to generate any offensive production against an extremely weak Cincinnati bullpen. They fell 4–3 but will look ahead to Wednesday to get back in the win column.

Yankees starting pitcher Gerrit Cole was phenomenal, lasting 7.0 innings and striking out 11 batters, giving up four hits. Cole tossed 113 pitches, lowering his ERA to 3.05 on the season. He did more than enough for the Yankees to win this game easily, but the offense failed to take advantage of a poor Reds pitching staff. One standout performer was Gleyber Torres, who got on base four times, elevating his average to .275.

The Bombers were coasting after the first three innings, sitting with a 3–0 lead. However, the bottom of the batting order failed to provide any run support.

The Yankees sat star slugger Aaron Judge, giving him another day off to rest his body. In his place, Aaron Hicks started in centerfield but fouled a ball off his right leg, which was diagnosed as a bone contusion. The timetable for recovery could take 4-8 weeks, meaning the All-Star break will provide a nice cushion for Hicks to rehabilitate.

Hicks has been on fire lately, hitting .385 this month over 26 at-bats, tallying 10 hits and three homers.

The Yankees will feature Luis Severino on the mound Wednesday night. The Reds will host Mike Minor, who features a 6.63 ERA over 38 innings this season, including 42 hits and 12 homers allowed.