Former GM calls Gallo a â€˜perfect fitâ€™ for the Yankees, encourages Bombers to get a reliever 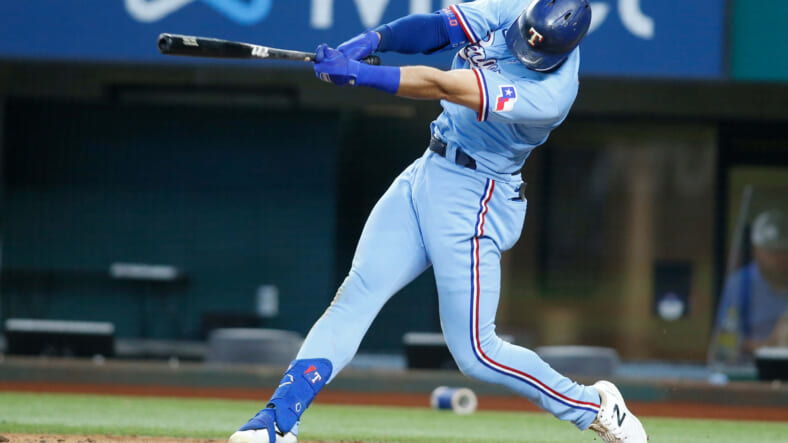 Wednesday night was a busy one for the Yankees. After a few hiccups that changed the original deal (one that brought reliever John King and had the Bombers sending six prospects), New York ended up trading four prospects to the Texas Rangers for outfielder Joey Gallo and bullpen arm Joely Rodriguez.

Duquette says that the four prospects the Yankees sent, none of them in the preseasonâ€™s top 10 list, was a â€œsmallâ€ cost.

The Yankees should get another bullpen arm

Speaking about what he thinks the Yankees should do next, here is what Duquette said:

â€œTheyâ€™re going for this, obviously, even if itâ€™s for the Wild Card. Iâ€™d like to see them find themselves another bullpen arm at some point. I know they picked one up the other day that I kind of like from the Pirates, (Clay) Holmes. He gets righties out. But Iâ€™d like to see another bullpen piece of some kind or maybe itâ€™s a back-end starter. The rotation is thin and itâ€™s getting healthy, hopefully, here over the next couple of weeks for them. But I still think they need another pitcher or two moving forward. Theyâ€™re up against the luxury tax. They donâ€™t have a lot of room there. … Itâ€™s not going to be easy to do. But I do think their next move is going to be some kind of bullpen piece.â€

About Gallo, Duquette also provided his insight and talked about his fit with the Yankees.

â€œI think itâ€™s a small cost for a guy like Joey Gallo. Heâ€™s got a high strikeout â€” weâ€™ve seen that. But the power is real. This is a 40-home run bat to go in the middle of the lineup, and since the change in the illegal substances that the pitchers havenâ€™t been able to use, his numbers have gone up significiantly, especially on the four-seam fastball and his home run rates. Heâ€™s a really good athlete and, oh, they finally got a left-handed bat to go in the middle of that lineup to break up all the right-handed bats. He can play all the positions in the outfield. Heâ€™s a good enough athlete that you would occasionally play him in center. Heâ€™s really a perfect fit for the Yankees. Itâ€™s one of those you wish you were able to do sooner. Itâ€™s getting close to the deadline so these deals finally get consummated.â€