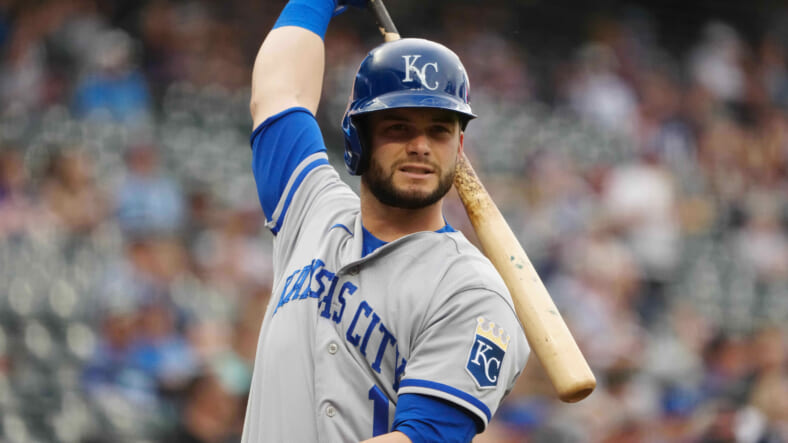 Following the New York Yankees’ loss to the New York Mets on Wednesday evening, general manager Brian Cashman made a trade deadline splash. According to Jack Curry of the YES Network, the Yankees are acquiring Andrew Benintendi from the Kansas City Royals.

What is Benintendi bringing to the Yankees?

Benintendi has been connected to the Yankees for a few weeks, given his phenomenal batting metrics. The former Boston Red Sox star outfielder it’s just 28 years old and will become a free agent after the 2022 season concludes.

Looking at his slugging metrics, Benintendi features a 38.1% hard-hit rate, 4.4% barrel rate, and 89 mph of exit velocity. He features a 46% ground ball rate and 32% flyball rate with a 3.2% HR/FB ratio. If he can increase that ratio to his 2021 number of 10.5%, Andrew can provide exponentially more value for the Yankees and their short right porch.

According to Jeff Passan of ESPN, the Yankees will be sending three minor league players back to Kansas City in exchange including Beck Way, Chandler Champain, and TJ Sikkema. A quality outfielder with solid defense should help the Yankees tremendously moving forward.

Given the number of problems the team has had with Joey Gallo offensively this season, Benintendi isn’t only a great contact hitter, but he gets on base a significant amount. In fact, with runners in scoring position, Benintendi is hitting .294 with a 38% on-base rate, including 30 RBIs and 14 walks.

That’s a significant upgrade in the RISP category, providing run support for the Yankees’ pitching staff.

Cashman is still considering other moves, notably for starting pitcher Luis Castillo. However, Oakland Athletics starter Frankie Montas is also in the mix. The acquisition of Benintendi should rule out a blockbuster deal for Juan Soto unless the Yankees are looking to overhaul their outfield completely.