Are the New York Yankees a player for Wilson Contreras? 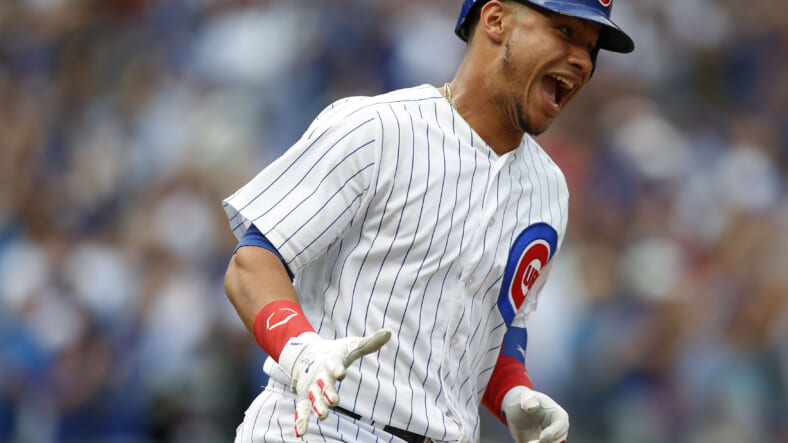 It is no secret that there are issues with the New York Yankees at the catchers position. Gary Sanchez was just interviewed by ESPN yesterday where he discussed that he was confused by being benched for the playoffs.

A response that seemed to trigger most people in the Yankees fanbase. The issue is not that complicated, Gary Sanchez was benched because he was awful. He was atrocious, he was basically every negative adjective you can think of last year.

Gary Sanchez is not a defense first catcher. His biggest asset is his ability to swing the bat. Well, going back to 2018 for the Yankees, Sanchez is hitting under 200 combined over the last few seasons.

Yes, I know people will talk about his injuries and the COVID season of 2020. Nevertheless, Gary Sanchez has been awful for the Yankees. Combine that with the fact that he’s terrible behind the plate and you don’t have much going for you.

With Sanchez, the questions have never been about his talent. Frankly, his raw talent is the only reason the Yankees refuse to get rid of him. However, there is a catcher available that might make them strongly consider it.

The Yankees and Cubs to make another deal?

A very interesting option just hit the trade market. USA Today and MLB Trade Rumors reported today that the Chicago Cubs are actively shopping All-Star catcher, Wilson Contreras. The Cubs are in the middle of a fire sale after non-tendering Schwarber and trading Yu Darvish.

Make no mistake about it, Contreras is an upgrade from Gary Sanchez for the Yankees. Both players are actually in the exact same spot in terms of their control, but Contreras is much more proven as an overall catcher.

If the Yankees were to pull off a deal for Contreras, they could either send Sanchez back to Chicago or put him in a different trade. However, acquiring Contreras would allow the Yankees to finally let go of Sanchez without thinking twice.

Now, there is no word on the Yanks potential interest in Contreras. All I can tell you is that the bombers have been catcher shopping and they are not sold on Sanchez. If a deal can materialize with Chicago, don’t be shocked to see the Yankees involved.