Aaron Judge may have priced himself out of the Yankees’ range 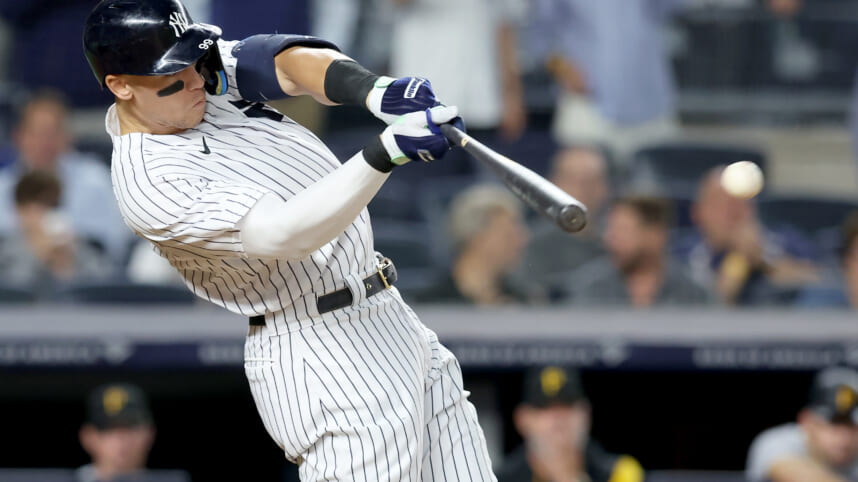 After the magisterial season superstar slugger, Aaron Judge just enjoyed, the Yankees are looking at their checkbook, wondering how they will be able to fit all the zeros without extending the page.

Judge was offered a seven-year deal worth $31.5 million per season before the 2022 campaign began, but it was far off from the preferred deal he was seeking, upwards of $300 million. The original offer stopped at $220.5 million, but after one of the best seasons in baseball history, the Yankees have lost all leverage and simply have no choice but to bend the knee to his demands.

The New York Yankees are dead in the water:

In fact, there are conversations regarding Judge’s number not just reaching $300 million but overtaking Mike Trout’s $360 million. Considering the 30-year-old slugger hit .311 with a 42.5% on-base rate, including 62 homers and 131 RBIs this season, it is safe to say he’s in line for a mega payday, but there has to be a red line for the Yankees regarding the maximum.

According to Jon Heyman of the New York Post, Just is set to earn over $300 million:

“The consensus seems to be that the baseline deal Judge will get this winter is $300 million — or $86.5 million more than the Yankees offered in spring. And he may well get more.”

An agent Heyman spoke to said he will earn well over $300 million, but the question is whether it will be closer to $400 million.

“He certainly will clear $300 million. But is he closer to $400 million than $300 million? Maybe,” one rival executive says. “He’s that important to the wealthiest team.”

The question is, is Judge worth a deal upward of $360 million at 30 years old? If the Yankees sign him to a seven-year deal at $360M, that would be $51.4 million per season, which is simply unrealistic. The more likely scenario is a 10-year contract at around $36 million per season, which is still a massive risk considering Judge would finish his career earning a monstrous amount at 40 years old.

Traditionally, players begin to hit a physical wall in their mid-30s, but if Judge can help the Yankees win a few more World Series during that extension, it will be well worth every penny. Nonetheless, it is easier said than done, and Judge’s representatives are undoubtedly going to ask for the maximum, no matter where it takes him.

Teams will be waiting for Aaron Judge to hit free agency:

There have been rumors that the San Francisco Giants are intrigued and are waiting for him to hit free agency, but I also wouldn’t rule out the New York Mets, who have unlimited cash flow and just watched him dominate a train ride away. With a need in the batting order, notably a premium slugger, Judge undoubtedly fits the bill, and Steve Cohen has unlimited funding.

With that being said, the Steinbrenner family can afford to pay Judge without blinking an eye, considering he’s the face of the franchise on one of the most profitable sports teams in existence. If they allow him to walk, the fans may never let Steinbrenner forget it, but 10 years from now, who’s to say that Judge lives up to his contract at the end of the day?