7 New York Yankees that should be in the Hall of Fame but aren’t, what do you think? 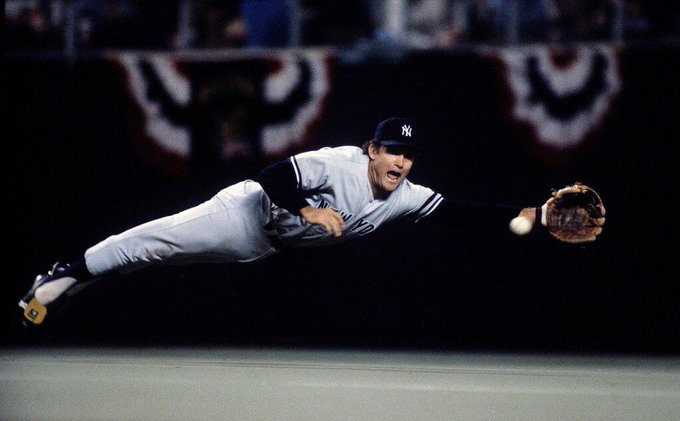 The New York Yankees history is riddled with great players, many of which have a place in the Baseball Hall of Fame. Names like Babe Ruth, Lou Gehrig, Frank “homerun” Baker, Yogi Berra, Phil Rizzuto, and so many more. The most recent inductees are #2 Derek Jeter and of course Mariano Rivera, the first player ever to be enshrined unanimously. But even with all these many Yankee fans think that their favorite player should be in the Hall as well. Today we look at just seven of those that are usually mentioned as snubbed of the ultimate recognition.

Graig Nettles: Career bWAR 68.0. A third baseman was one of the best to man the hot corner ever, making impossible play after impossible play. He was as slick as they come. He was a steady hitter with all of his five teams, the Twins, Indians, Yankees, Braves, and Expos. He won two Gold Glove awards at third base and appeared on six All-Star teams. His slash line of .248/.329/.421 with a 110 OPS+ across his career would be the lowest if ever selected, but his 390 home runs were the third-best in baseball history for a third baseman. “Puff” helped the Yankees to titles in 1977 and ’78. Nettles’ glovework in Game 3 of the 1978 Fall Classic against the Dodgers remains one of the most recognizable exhibitions of game-winning defense ever. He was the 1981 AL Championship MVP.

As I said, Nettles had the third most home runs of any owner of the hot corner in all of baseball. He is only behind Mike Schmidt and Eddie Mathews, both of whom are enshrined in Cooperstown. Nettles has appeared on five Hall of Fame ballots, the most votes he received from the writers was in 1994 with 8.3%. There is a very strong case for him being in the Hall of Fame, what do you think?

Thurman Munson Career bWAR 46.1. Munson was one of the best Yankees catchers of all time, next to Bill Dickie and Yogi Berra. It appears his injuries that led him to only be with the Yankees for eleven years. It is something that the writers can’t forgive because he has been kept out of the Hall of Fame. Munson hit .271 with the Yankees and drove in over 700 runs. He was a warrior playing through several injuries until he was killed in his own plane while at home in Ohio. Most Yankee fans think the writers should put aside their belief that he didn’t play long enough and enshrine him. What do you think?

Andy Pettitte Career 60.7 bWAR. Few pitchers have ever reached the heights that Andy Pettitte did in the postseason. He was one of the most reliable big-game performers of his era, Pettitte was a five-time World Champion with the Yankees and a three-time All-Star. He joined Derek Jeter, Mariano Rivera, and Jorge Posada as members of the “Core Four.” Pettitte pitched to a 256-153 record with a 3.85 ERA (117 ERA+) across his career. That includes a three-year stint with the Astros from 2004-06. He returned to the Yankees in 2007, having winning seasons in all six remaining years. He was 14-8 during the Yankees’ last World Championship season in 2009.

He is one of six pitchers to win 250 games that are not in the Hall of Fame. This big difference with Pettitte is that he is the most winning pitcher to ever pitch in the postseason. He has 19 postseason wins. In 2020 he achieved 11.3% of the vote, far below what is needed, but this tremendous success in the postseason is sure to keep him in the conversation for years to come. What do you think?

Rodriguez is on the Hall of Fame ballot in 2022. This marks a candidacy that presents an opportunity for voters to weigh his best in baseball stats against a suspension related to performance-enhancing drug use that cost Rodriguez the entire 2014 season. His candidacy will test the writer’s will when it comes to drug-related stats.

Roger Clemens Career bWAR 138.7. The “Rocket” was the best pitcher of his era. He won 354 games in the majors during his remarkable 24 years while with four MLB teams. He was a seven-time Cy Young Award winner which should be an automatic entry to the Hall of Fame, but he, like Alex Rodriguez, has a tainted career due to his use of performance-enhancing drugs. In 2020 he had his best showing, just falling short of enshrinement with 61% of the vote. Since first named in a report that he took drugs, Clemens has consistently and defyingly denied using PEDs.

He spent the second most years of his career with the New York Yankees. During that time, he amassed an 83-42 record with an ERA of 4.01 in 175 games with three complete games. In wins, he ranks 12th all-time and sixth among current Hall of Famers. What are your feelings?

Bernie Williams Career bWAR 49.6. In his sixteen years with the Yankees, he had a career batting average of .297 with 287 home runs with 1597 RBIs. Williams was the center fielder during the height of the Yankees’ dynasty from 1996-to 2003; the Bronx Bombers won 4 World Championships and six pennants during those eight seasons. William was often overshadowed by the “Core 4” of Pettitte, Rivera, Jeter, and Posada but was every bit as important to the Yankees in those championship years. There is a strong case for Williams being in the Hall of Fame, but the writers have scrubbed him off the list. He now becomes eligible for The Today’s Game Committee, which is one of the modern incarnations of Veterans Committee, the Hall of Fame’s “second chance” selection process. He will become eligible in 2023. Williams was a five-time All-Star, a six-time MVP candidate, and a four-time Gold Glover.

Don Mattingly Career BWAR 42.4. “Donnie Baseball” was one of the greatest hitters in baseball during his time. He spent all of his fourteen years in baseball with the New York Yankees. He was one of the best defenders at his position throughout his career. His career slash line was .307/.358/.471/.830. A .307 batting average over fourteen years is an amazing stat when you consider that there are dozens in the Hall with a much lower batting average.

The former Yankees great seemed to be well on his way to earning a place in Cooperstown in the late 1980s before a back injury derailed his career. Playing just fourteen years seems to cast doubt over his candidacy. After retiring following the 1995 season at the age of 34, Mattingly went on to receive just 28.2% of the vote in his first year on the ballot in 2001. He received enough votes to remain on the ballot for the maximum years but has never again reached that 28.2%. Working against Mattingly is the fact that the last several years of his career were nothing like his previous years due to a congenital disk deformity. He also was never on a World Series-winning team.