3 questions the Yankees need to answer before the playoffs 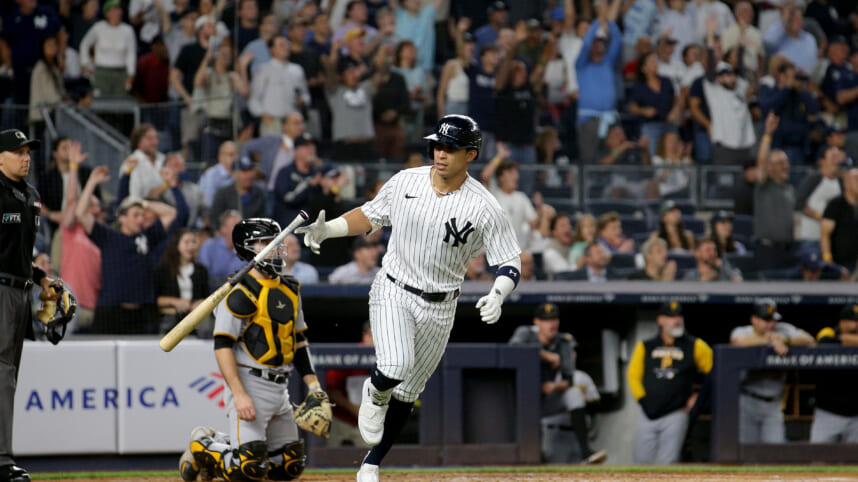 The New York Yankees secured the first seed in the AL East after Tuesday’s win against the Toronto Blue Jays, but the most important part of the season is just beginning. The very moment the playoffs start, everything the Yankees accomplished in the regular season is immediately thrown out the window, and while they have been excellent during the month of September, there are a few looming questions that need answers.

Three questions the Yankees need to answer before the playoffs:

1.) Can they trust Giancarlo Stanton?

The Yankees haven’t gotten the best out of Giancarlo Stanton since he returned from an Achilles tendinitis injury. Stanton was knocked out on July 23 against the Baltimore Orioles, eventually returning a month later against the Oakland Athletics on August 25.

Across 23 at-bats in August, he hit .130 with a 26% on-base rate, but while most believed reps would help his efficiency increase, the opposite has happened.

In September, Stanton is hitting .151 with a 23.5% on-base rate, including four homers over 73 at-bats. In fact, Stanton has recorded just one hit in his last four games, striking out 11 times and failing to work a walk.

The slugger has had a polarizing 2022 campaign up to this point, but caution is certainly brewing regarding his latest form. If the Yankees want a shot at the World Series, they need Stanton to play his best — he still has a few games to find his groove.

Considering Frankie Montas is dealing with shoulder inflammation and isn’t expected back for a few weeks, the Yankees have to shake up the starting rotation for the playoffs.

Gerrit Cole will obviously be the No. 1, with Nestor Cortés figuring to slot in right behind him. The question is, will the Yankees roll with three or four starters in the rotation?

At this point, Luis Severino seems to be the right option behind Cole and Cortes, but there aren’t any alternative starters who can be trusted in the postseason. Despite Jameson Taillon having a great performance on Tuesday against the Blue Jays, relying on him would be a mistake in the playoffs when everyone is at the top of their game.

At this point, a three-man rotation consisting of Cole, Cortes, and Severino seems to be the most likely strategy. Montas will probably settle for a bullpen role once he recovers from his current ailment.

Oswaldo Cabrera has been a spark for the Yankees the past few weeks. Cabrera provided immediate defensive quality after being elevated from Triple-A, posting nine defensive runs saved above average in right field. However, for the postseason, he would likely slot in at left field, with Harrison Bader in center and Aaron Judge in right.

Cabrera doesn’t have any experience in the playoffs, so there is an argument to make that Aaron Hicks should feature until Andrew Benintendi is healthy, but that would be malpractice, given his inconsistencies this year.

The young switch-hitter has been lights out offensively the past few days, recording a .247 average with a .322 on-base rate in September. However, over the last seven days, Cabrera is hitting .333 with a 38.5% on-base rate, two homers, and seven RBIs. Cabrera is currently on a five-game hitting streak, recording two hits against Toronto on Tuesday.

If the Yankees didn’t start Cabrera, it would be seen as a huge mistake, so while this remains a question, for the time being, we can assume he’s earned his way into the Yankees’ starting outfield come the playoffs.