3 questions the Yankees face heading into the playoffs 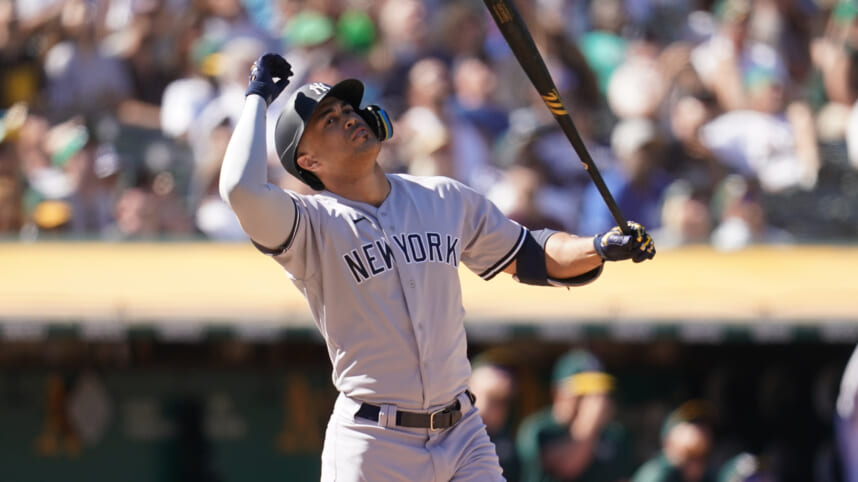 The New York Yankees have just three games remaining in the 2022 regular season before the playoffs commence, but they still have a few questions nipping at their heels.

Having already secured the AL East with a 7.5-game lead, the Bombers will skip the Wild Card and head straight to the ALDS against what would be the winner of the Cleveland Guardians and Seattle Mariners series. However, those matchups could change slightly given the next few games with Tampa Bay, Seattle, and the Toronto Blue Jays all within three games of each other.

Three questions the Yankees face as we approach the playoffs:

1.) Can the bullpen be trusted?

One of the most pressing issues right now is the Yankees bullpen, specifically with Clay Holmes and Wandy Peralta nursing injuries. Neither will have a true ramp-up process, being thrown into the mix during the ALDS. However, given their longevity this season, they shouldn’t require much practice before being utilized in high-leverage situations.

There are a few relief pitchers that simply can’t be trusted, notably Aroldis Chapman and Miguel Castro. Both are last resort relief arms, especially since the Yankees project to have Frankie Montas back at some point and could use Domingo German out of the bullpen as well. Leaving out any vulnerabilities and liabilities is an ideal scenario, but the team needs to stay healthy over the next few days.

I project that Holmes, Peralta, Jonathan Loáisiga, Scott Effross, Lou Trivino, and hopefully Ron Marinaccio are all able to contribute in a healthy way.

2.) How will the Bombers use Matt Carpenter?

Manager Aaron Boone stated over the weekend that slugger Matt Carpenter should get some live at-bats against the Texas Rangers over the next few days.

After fracturing his foot on August 8 against the Seattle Mariners, Carpenter has been rehabilitating ever since. However, utilizing his offensive qualities during the postseason would be an ideal scenario, but the question is, how can they get him involved at the right moment?

The answer to this question is rather simple, Carpenter should be utilized situationally against right-handed pitching. Boone can either consider him a weapon in the later innings to expose specific matchups, or they can use a bit of a different strategy.

It is obvious that Giancarlo Stanton will feature as the Yankees’ designated hitter during the postseason, but there’s an argument to be made that Carpenter should be used in the team’s first go through the batting order.

In the first inning of games this season, Stanton is hitting .194 with a 28% on-base rate. In the second inning, he’s hitting .185 with a 33.3% on-base rate. It is not until later in the game that Stanton‘s numbers increase, but Carpenter has shown phenomenal metrics during his first at-bat.

Specifically, he’s hitting .429 with a 50% on-base rate in the first inning this season and .250 with a 36.8% on-base rate in the second inning. The sample size is about 30 at-bats, but it is enough to see how dominant he’s been without ramping up during individual games.

It may be a controversial strategy given you’re stealing an at-bat away from Staunton, who generally gets better as the game goes on, but Carpenter has a knack for producing with minimal playing time.

Speaking of Giancarlo Stanton, he’s had quite the polarizing campaign. Stanton is hitting just .210 with a 29.5% on-base rate this season, but he looks far more comfortable in the batter’s box to start October.

In the month of September, Stanton hit .143 with a 22.4% on-base rate, including 37 strikeouts over 77 at-bats. Over two games in October, Stanton is hitting .500 with a 62.5% on-base rate, two homers, and two RBIs. In fact, he hasn’t struck out in his last six at-bats, finally showcasing a bit more consistency.

If the Yankees can get the best version of Stanton during the playoffs, they will be in good shape moving forward since he represents a game-changing bat from the cleanup spot.