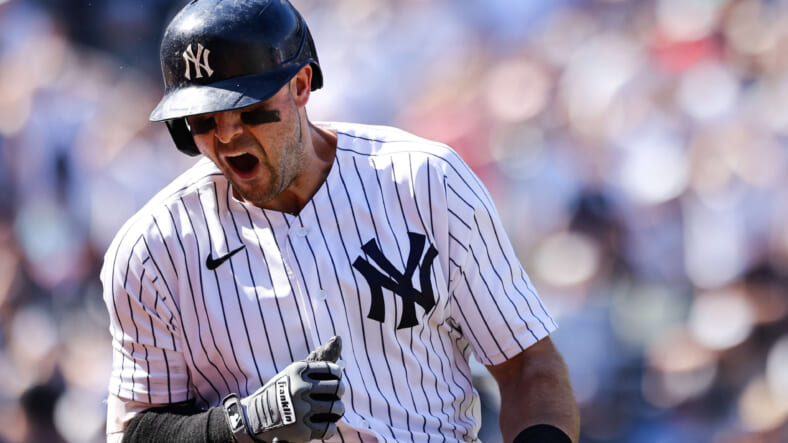 The New York Yankees still have the best record in baseball despite losing their last two games to the Houston Astros. They currently sit 11 games above the Boston Red Sox in the AL East, who have shot up the rankings looking for a Wild Card spot. In all of baseball, the Yankees have a 5.5 game lead over the Mets and a 6.5 game lead over Houston, who seems to be their kryptonite.

The Astros have exposed the Yankees on multiple levels this series, showing far more offensive production compared to the Bombers, who lead the MLB in multiple stats. The Yankees currently have the most home runs in baseball with 118 and the second most RBIs at 341. All of these numbers should indicate that the Yankees are simply going through a small cold streak, but there are always things to improve, especially with the trade deadline coming up in a few weeks.

Three issues the Yankees are facing right now ahead of the All-Star break:

As stated before, the Yankees have one of the best offenses in baseball, and most would argue they have the best. However, over their last two games, the Yankees have scored just one run. After an electrifying comeback win on Thursday night, the Astros have picked things up and displayed phenomenal pitching support.

Houston has been the Yankees’ biggest struggle this season. We are seeing what happens when the home runs aren’t flying off the Yankee bats. In fact, the Astros have been the ones slugging during this series.

The Yankees have had to rely on a few inconsistent arms in the bullpen the past few weeks, notably Miguel Castro and Lucas Luetge.

Castro has seen his ERA balloon to 3.97 after a strong start to the season. Boone can’t rely on Michael King and Clay Holmes forever without any support, which is why Cashman should be dabbling in the relief market for reinforcements as well. The team is expected to get back Jonathan Loáisiga and Aroldis Chapman in the near future, but there’s no telling what they will provide upon their return. Both players were struggling considerably to throw strikes and attack batters aggressively.

At some point, some of these Yankees’ bullpen arms were going to regress to the mean, and now the Yankees have to pick up the pieces.

The Yankees need to find a way to replace Joey Gallo in the outfield at the trade deadline. Continuing to force-feed Gallo reps is no longer justifiable. He’s hitting a putrid .173 this season with nine homers and 18 RBIs. If Gallo was smacking 40 homers per year, we might be able to overlook his 39.1% strikeout rate, but he’s been a net negative to the team when they needed him most.

If the Yankees really want to win a World Series, they can’t have such a liability in the batting order any longer. Boone has already moved him to the nine slot, which is as low as he can possibly go.