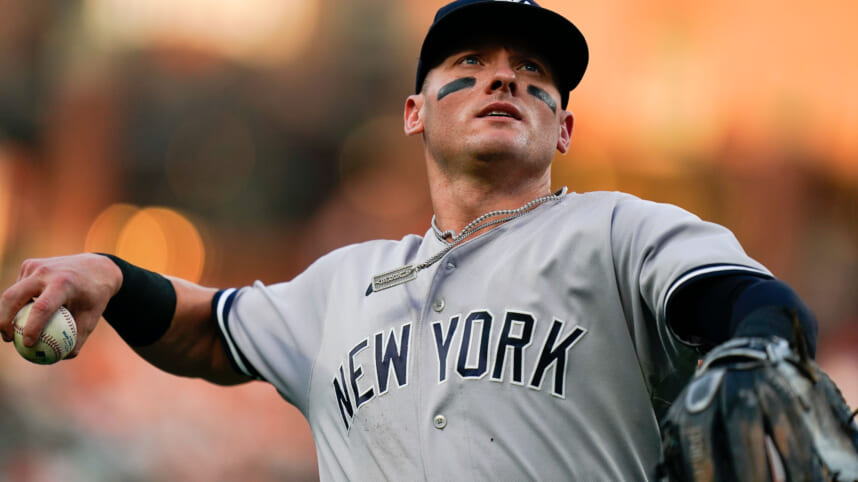 The New York Yankees have a few bloated contracts on the roster holding back their flexibility to spend this off-season. Notably, the contract of Josh Donaldson remains a big liability for general manager Brian Cashman, given he is retained by owner Hal Steinbrenner.

Donaldson is coming off a down 2022 season at 36 years old. The third baseman hit .222 with a 30.8% on-base rate, 15 homers, and 62 RBIs. He recorded a 27.1% strikeout rate and a 9.9% walk rate, the lowest walk rate since his 2012 season with the Oakland Athletics. In fact, this was the worst strikeout right he’s recorded in his entire career, indicating a regression in plate discipline.

The only reason Donaldson started at third base for the Yankees is that Cashman desperately wanted Isiah Kiner-Falefa to play shortstop. IKF struggled in his own right, but his future is also in question moving forward after being benched in the ALDS.

However, Donaldson is set to earn $25 million for the 2023 season, an egregious number that must be addressed. Cashman will likely try to offload this deal one way or another, but there are really only two moves he can make to try and clear some of that salary off the books.

1.) Trade him with a prospect

Realistically, there’s no team that is willing to eat the entire $25 million unless Cashman pairs Donaldson with a good prospect that could be worth it.

Ultimately, trading away a player like Gleyber Torres or even Oswald Peraza may have to be paired with Donaldson to offload his deal since his salary alone would pay the majority of Aaron Judge’s yearly AAV on a contract extension.

Obviously, trading away Peraza may hurt the Yankees, but Torres was floated in a potential deal for Miami Marlins starting pitcher Pablo López at the trade deadline. That indicates he could be on the market, so Cashman could look to send him on his way with Donaldson in tow.

2.) Pay some of his contract

The other way Cashman may be able to offload Donaldson is by agreeing to take on a portion of his contract. A team would likely be willing to take Josh at about $10-15M for one season, but certainly not 25.

The Yankees could pay half of his contract for him to play elsewhere, saving $12 million or so to allocate toward pitching or another infielder. Ultimately, that might be the best move since they wouldn’t have to give up a prospect to get rid of the full $25 million for just one season.