2 players the Yankees should retain in free agency 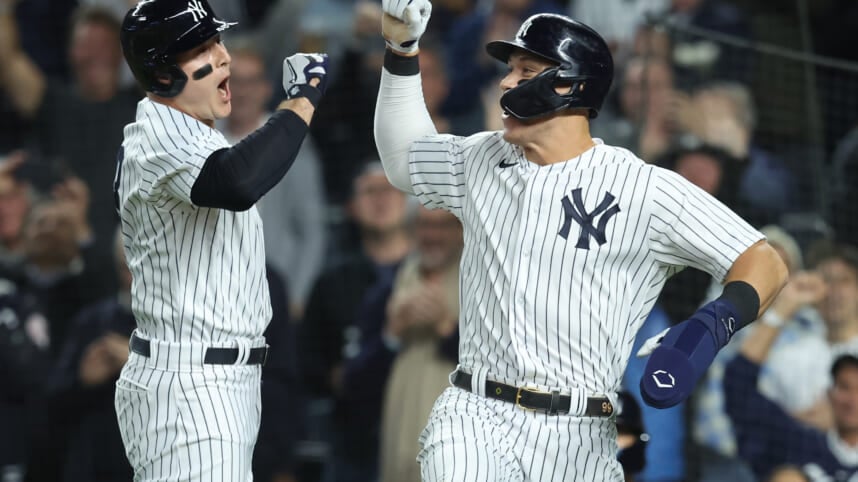 The New York Yankees have a few big decisions coming up in free agency, starting in early November, but there are two of their own ready to hit the open market that they should consider retaining.

While the team is prepared to get a substantial amount of money back from expiring contracts, notably Aroldis Chapman, Zack Britton, and Chad Green, they can easily flip those funds into a number of players who performed well for them in the past. Of course, Aaron judge‘s contract extension may take precedence over others, but letting go of impact players with proven postseason records is never a good idea.

Two players the Yankees should keep around in free agency:

General manager Brian Cashman acquired Andrew Benintendi from the Kansas City Royals at the trade deadline this season. Benintendi didn’t perform that well wearing pinstripes in comparison to his numbers with Kansas City.

Benintendi was on a one-year, $8.5 million deal, so he may garner a similar contract for the 2023 season, which is one of the Yankees should consider signing.

Considering Benintendi has hit .272 with a 32% on-base rate in the playoffs, the Yankees can use all the talent they can get in that regard, so letting him sign elsewhere could come back to bite him in the butt. He was expected to make a significant impact during the postseason this year, but after fracturing a bone in his wrist, he was forced to miss both ALDS and ALCS.

The Yankees inked Anthony Rizzo to a two-year, $32 million deal before the 2022 season began. Unfortunately, the deal included a player option for 2023, which Rizzo is expected to opt-out of. He may be looking for a more guaranteed deal with increased money after a successful season.

At 33 years old, maybe the Yankees look to sign him on another two-year contract with a slightly increased year-over-year salary. Rizzo is not only a tangibly strong player but offers leadership qualities and a strong presence in the clubhouse, which is something the Yankees can’t afford to lose.