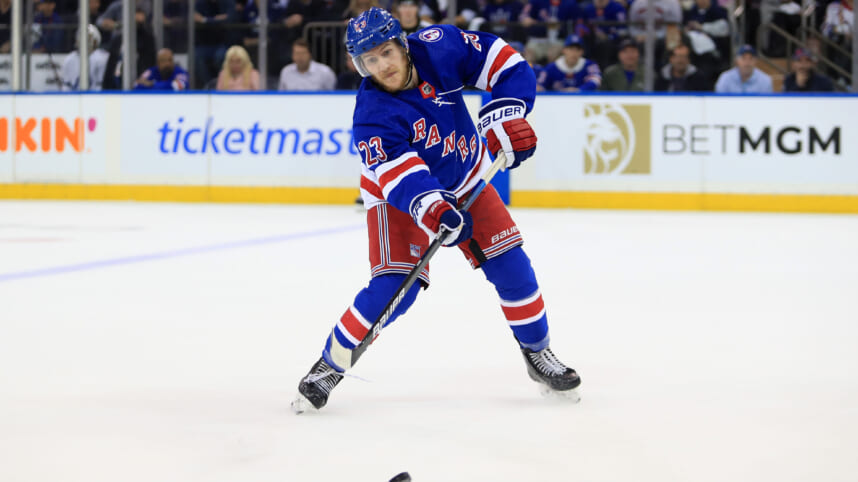 Foco will be releasing a New York Rangers bobblehead of Adam Fox ahead of the first game of the season on Tuesday morning.

New York Rangers fans have been anticipating the season opener since they were eliminated in last year’s Eastern Conference Final, and Foco will be making a bobblehead available to add to the excitement of the day.

Foco USA has announced they will be releasing an Adam Fox Bobblehead on Tuesday morning that every Blueshirts fan will want to add to their Ranger’s collection.

The bobblehead features Fox in an action pose as he stands atop a Statue of Liberty-themed base. His name is displayed in front, and the Rangers logo is on the back. The bobble is limited to 322 units, retails for $60, and stands at 8in tall.

–Portrays Fox wearing his gameday uniform in an action pose

Fox, 24 years old, will be entering his fourth season in the NHL and has only played for the New York Rangers.

The Jericho, NY native signed a a seven-year, $66 million contract in November 2021, which will keep him playing in New York through the 2028-2029 season. (The new contract begins this season).

If you want to be one of the first to purchase this one-of-a-kind bobblehead click the link below.

FOCO is a leading manufacturer of sports and entertainment merchandise, with a product line that includes apparel, accessories, toys, collectibles, novelty items, and more. With major sports and entertainment licenses at our disposal, along with a powerful infrastructure, a dedicated team, and a broad variety of products, our company is reaching new heights every day.