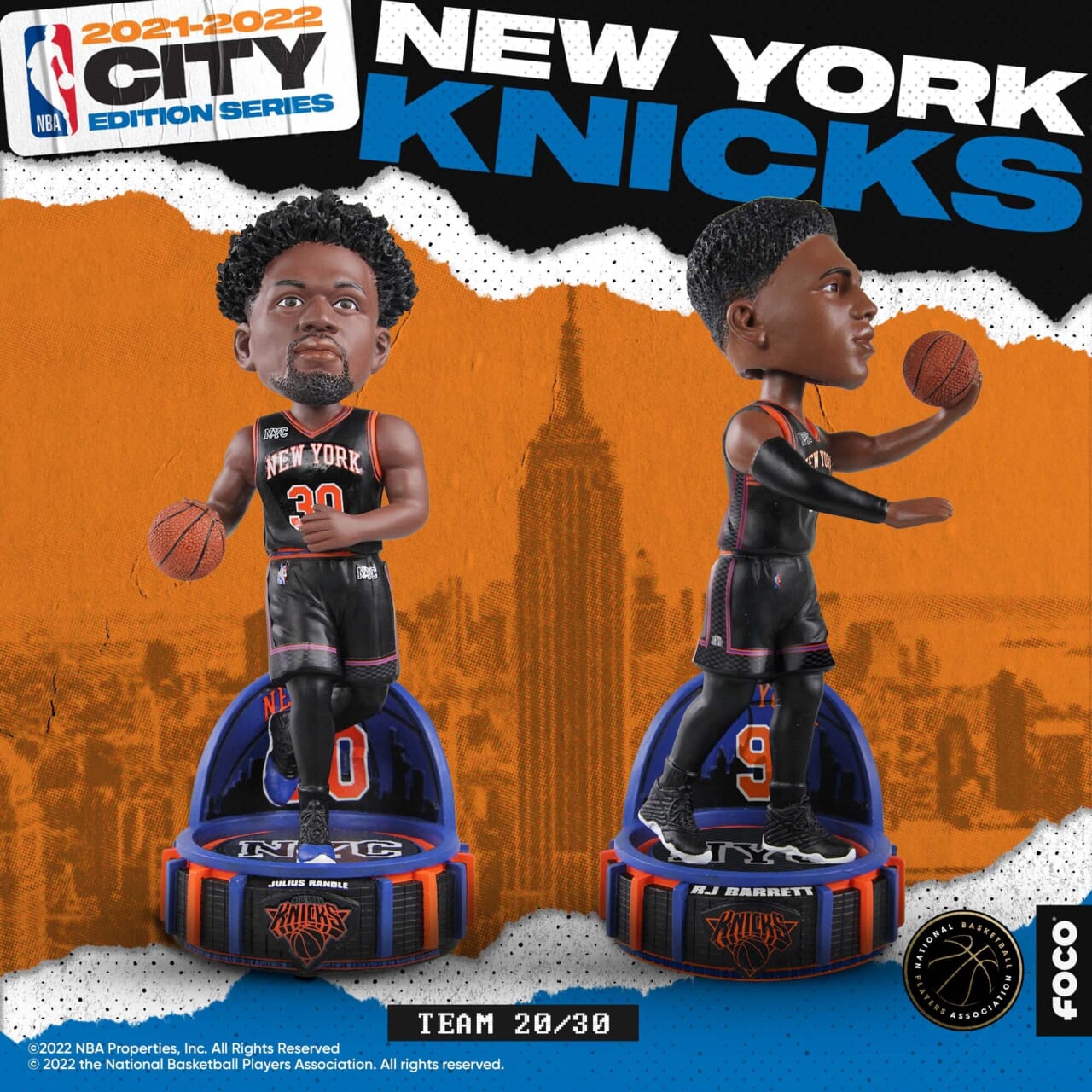 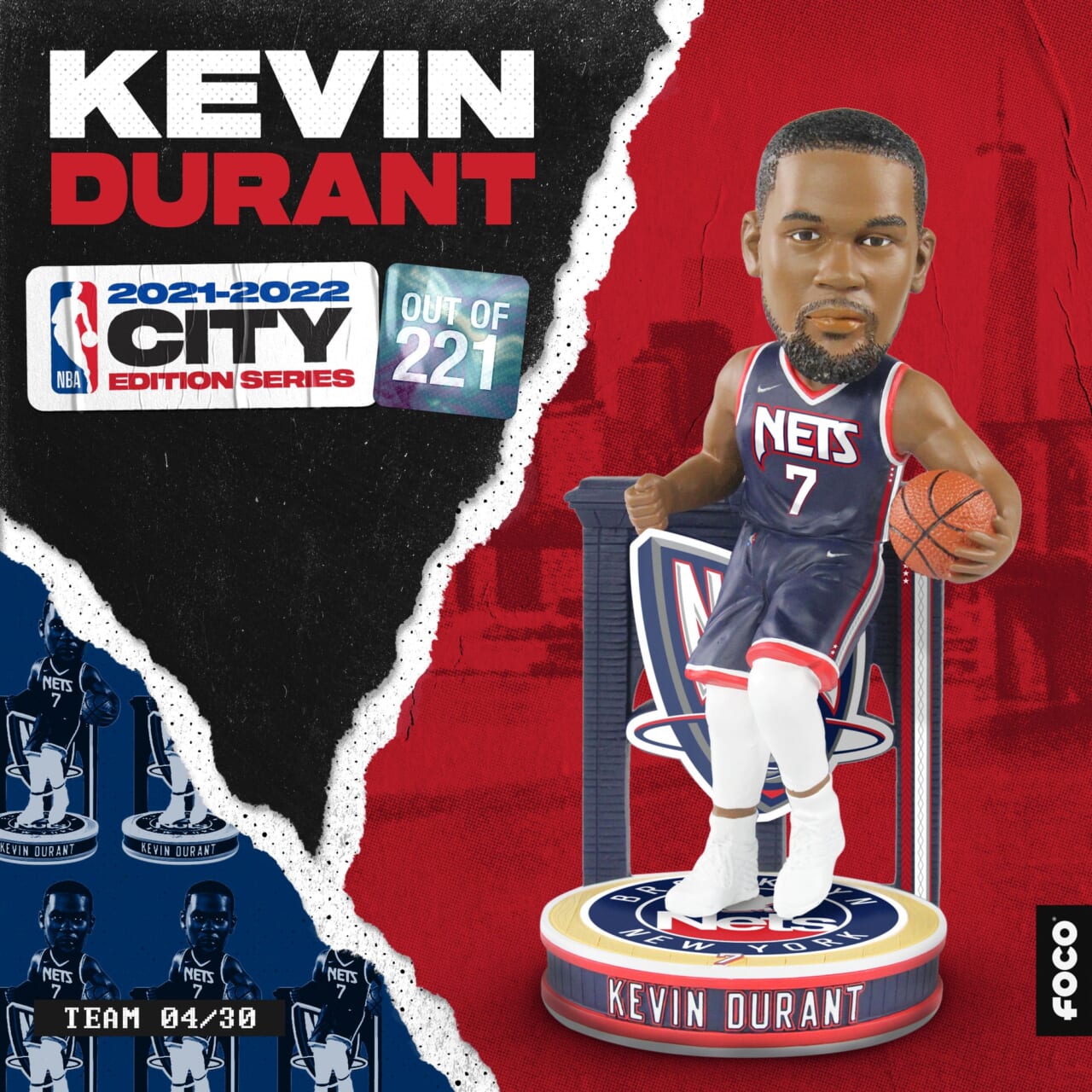 The Brooklyn Bridge serves as the perfect backdrop, with the retro Nets logo providing a window to the history of the Nets across the river in East Rutherford, NJ.

The alternate team logo is displayed at the base, setting the stage for the Nets’ title aspirations with Durant at the forefront. The bobblehead is individually-numbered and available for pre-order for only $65 at FOCO’s official website.

Durant, a 12-time All-Star, has been named captain for the second straight year after emerging as the leading vote-getter for the Eastern Conference.

While Durant’s availability for the mid-season classic is in question due to a sprained knee ligament, he is excited to redeem himself as GM after their 150-170 loss to Team Lebron last year.

.@KDTrey5 is ready to reload.

"Last year I thought I picked the best team in All-Star Game history, but we laid an egg when the game started. … This year, if i"m the captain, it's going to be a lot better. … I need to redeem myself. My GM skills are being questioned." pic.twitter.com/pd7Veko87S