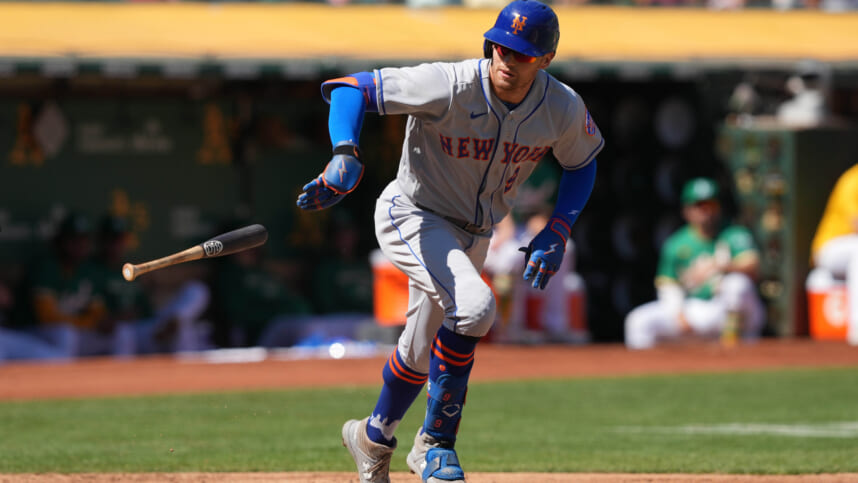 The New York Mets have one important everyday player in Brandon Nimmo, who is set to have a competitive market.

The Mets would probably love to keep their centerfielder and leadoff hitter. One report provided the other day shared that the Mets do “feel good” about the likelihood of retaining him.

Nimmo has also suggested time and time again that he would love to stay a Met. As Mets fans know, though, Scott Boras can make negotiations tough.

Early in the evening last night, a big update was given on the type of contract Nimmo could land. According to Patrick Saunders, Rockies beat writer for the Denver Post, the Rockies are looking to sign Nimmo to a massive five-year contract with roughly $115-120 million.

One big price tag to say the least. All along, the expectation was that Nimmo would be getting a five-year deal, but closer to $100 million. This report comes as a bit of a shock.

However, aside from Aaron Judge, a less-than-thrilling group of outfielders is set to hit the market. Unfortunately, for the Mets, that could only drive up Nimmo’s price, making him that much more challenging to re-sign.

Knowing that Nimmo is from Wyoming, seeing the Rockies as an interested team does not come as too much of a surprise. The contract worth is what is a bit more stunning.

Even with the mutual reported interest between the Mets and Nimmo dating back to the summer, it was still never going to be easy to keep him. It will be fascinating to see how things continue to progress with Nimmo’s market as the Mets look to keep him.