Prior to most important series of 2022, New York Mets call up top prospect Francisco Álvarez 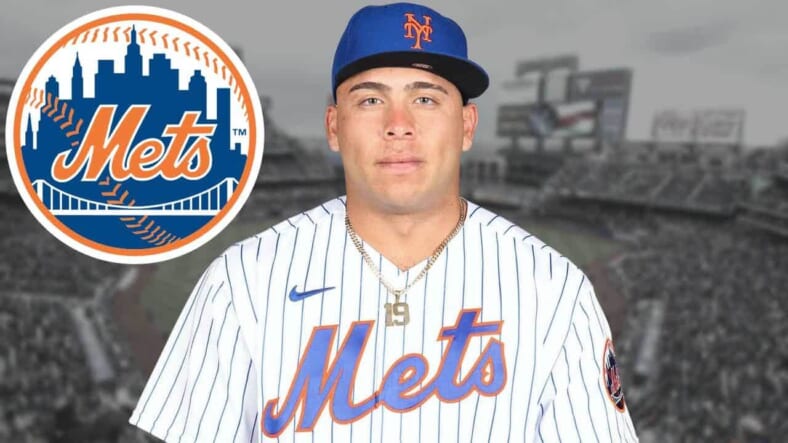 Late last night, a little under 24 hours before the series that could define this season, the New York Mets called up their top prospect, catcher Francisco Álvarez.

The move was a bit of a shock but ultimately creates a ton of excitement for Mets fans.

Álvarez is a talented young hitter with size and power that can potentially help the Mets’ offense.

The Mets lineup can certainly use any jolt they can get. Tonight kicks off the long and widely anticipated, huge series showdown with the division rival Atlanta Braves.

Going into this three-game set, the Mets are 98-58 with a one-game lead on the Braves. With only six games left to play, the Mets need to take this series.

They are set to have their top three pitchers start. Jacob deGrom gets things started for the Mets tonight. Max Scherzer will go tomorrow, and Chris Bassitt Sunday.

Álvarez is a young player at just 20 years old. He signed with the Mets in July of 2018. Álvarez bats and throws right-handed. He is listed at 5-foot-10 and 233 pounds.

He was the Mets’ top-rated prospect and, taking things even further, the best prospect in all of baseball per the MLB Pipeline. Álvarez follows the recent call-ups of other top Mets rookies in Brett Baty and Mark Vientos.

Álvarez is well known for his talented bat. He has a powerful swing with his size and a strong arm to boot.

The role for Álvarez will likely be to help against left-handed pitching, something the Mets need with the struggles of Darin Ruf. He will likely not play all too much behind the plate, if at all. Still, having his bat against lefties that was .315 in the minors this year could make a difference.

It is certainly thrilling to see the Mets make this long-awaited move. Álvarez has the ability to come in with his bat and give immediate contributions. The Mets could definitely use some help from their gifted prospect, who should be in the lineup tonight.