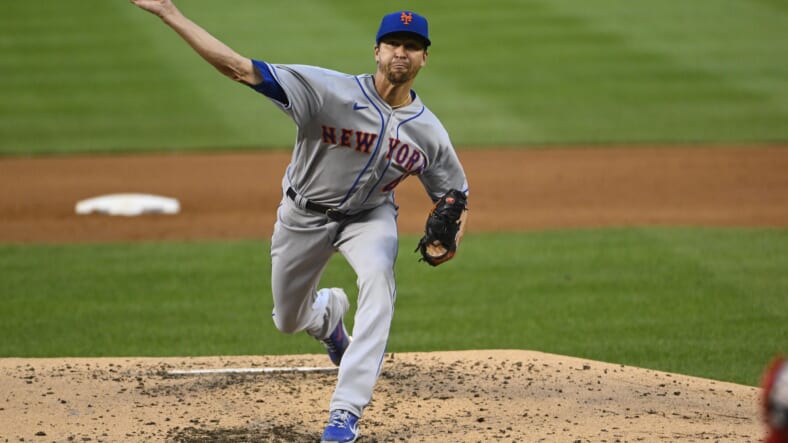 A few recent reports surrounding the New York Mets and Jacob deGrom have been released.

The first one came from Andy Martino of SNY. He shared that there has been “preliminary contact” between the Mets and deGrom “but nothing that has progressed very far yet.” Martino reported that the Mets do indeed want deGrom back. He followed that up by stating if another team offers roughly four years at an extreme cost, the Mets would be hesitant to go that far.

From there, Tim Daniels, breaking news writer for Bleacher Report, said that the two teams the Mets are “most worried” about signing deGrom are the Atlanta Braves and Texas Rangers.

Neither of these teams being rumored as interested comes as too much of a surprise. Daniels shared that the Mets “aren’t planning to stay in a long-term bidding war with the Braves, Rangers, and other interested clubs if that’s how the situation plays out.”

Based on these two reports, one would have to say it seems like it will be tough for the Mets to retain deGrom at the moment. He is up there in age, being 34, and has some recent durability concerns. However, he is as dominant as anyone when available and on his game.

Should the Mets ultimately lose deGrom, they have to act swiftly for Carlos Rodon, as the elite arms on the market, to begin with, are slim. Also, it makes re-signing Chris Bassitt, who recently became a free agent, that much more important for the Mets to have three great pitchers at the top of their starting rotation.