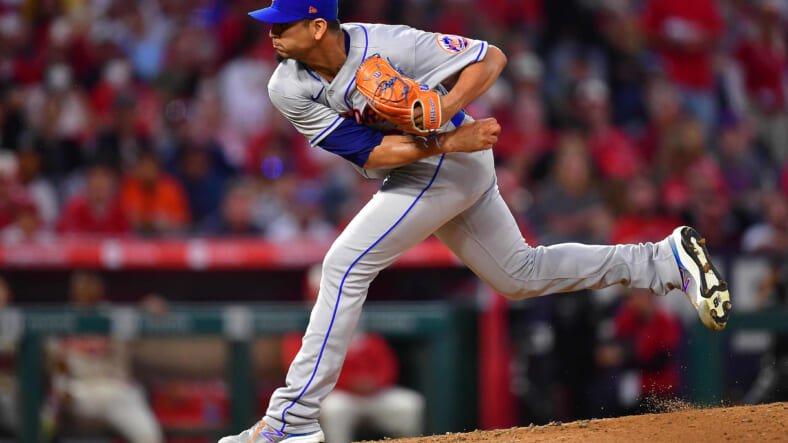 The New York Mets did a great job taking the first of a huge five-game series with the Atlanta Braves. The Mets took last night’s game 6-4 at Citi Field. This win puts the Mets up to 67-38 on the year. The Mets are now 9-1 over their last 10 games. In the battle between these two in the NL East, the Mets now have a 4.5-game lead.

Carlos Carrasco gave the Mets a good six-inning performance to start this crucial series. He threw 89 pitches. Carrasco allowed four hits, one home run, a walk, and three runs which were all earned. He did get six strikeouts over his six innings pitched. Carrasco got the win and is now 12-4 with a 3.82 ERA on the year. His 12 wins have him tied for third in all of baseball.

Following Carrasco, Adam Ottavino came in to pitch the seventh. He allowed one run and two hits on a two-out rally put together by the Braves, cutting the game to 6-4.

Edwin Diaz was called upon to get the first six-out save of his MLB career in this big game. He accomplished just that. Over two innings, Diaz allowed one hit and threw 28 pitches. Diaz got three strikeouts and sealed the needed win for the Mets. He now has 24 saves in 2022, which ties him for fourth in baseball.

Five of the Mets’ six runs in this one came from the home run ball. In his Citi Field debut, Tyler Naquin gave the Mets two solo home runs. One of the other recently acquired bats by the Mets, Daniel Vogelbach, hit a solo home run himself. Vogelbach went 2-for-4 last night. Hopefully, these two additions can continue to provide the Mets lineup with a jolt.

Pete Alonso continued his excellent play in last night’s prime matchup. He went 2-for-4 with a home run and 3 RBIs. Alonso drove in one run in the first inning on a well-hit single to left. In his next at-bat in the third inning, Alonso hit a big two-run homer with two outs. Alonso is now batting .278, tied for fourth in baseball with 29 homers, and remains in second with 91 runs batted in.

From the rest of the Mets lineup, Brandon Nimmo reached base with a walk. Francisco Lindor had his nine-game hitting streak snapped but reached base with two walks. Starling Marte, Jeff McNeil, and Luis Guillorme all had one hit. Marte and Lindor each had a run scored off of Alonso’s bat.

In the second of five tonight, the Mets will have Taijuan Walker starting with his 9-2 record and 2.79 ERA. With Edwin Diaz likely not available after two innings of work last night, Walker and the batting order will have to provide the bullpen with a comfortable lead to work with for the Mets to take game two.