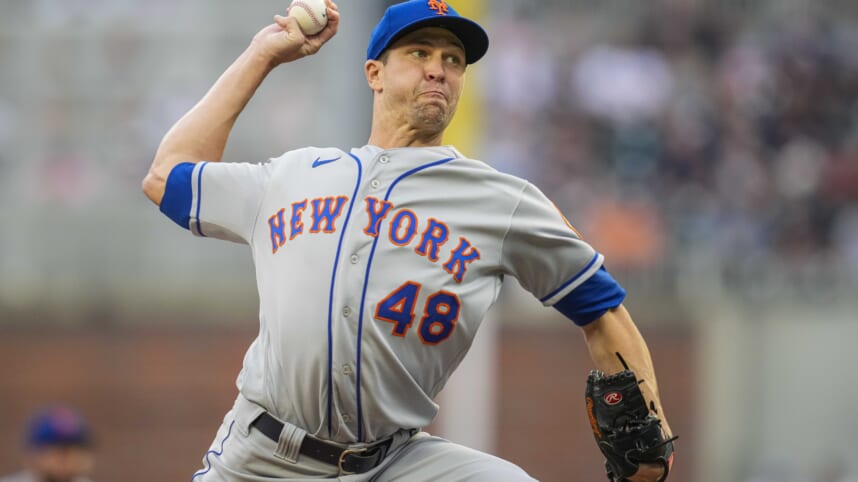 Some buzz on New York Mets starting pitcher Jacob deGrom was shared yesterday. For some time now, there has been much speculation surrounding the star ace. A wide range of teams has been linked as potential suitors.

One unknown that has been discussed all along is whether or not deGrom wants to remain a Met. On the other end of things, it seems the Mets would assuredly love to keep their top starter and have him finish his career with the team. If they have stiff competition, though, who could it possibly come from?

Jon Heyman, baseball columnist for the New York Post, reported yesterday that one team who will “pony up” an offer for deGrom is the Texas Rangers, per a rival of the team.

Since the Rangers hired Bruce Bochy, they have been a team discussed by some as the one who could wind up with the two-time Cy Young Award winner. Roughly a month ago, after the regular season, the Rangers had been rumored as a club that will look to add an elite arm to the top of their rotation. None better than deGrom are set to be available on the market.

This recent report does also follow up on the one Michael Marino of Sports Illustrated for the Mets had. Some within the organization of the Mets do fear that the Rangers could be their top competition. The Rangers are supposedly a “very realistic spot” for deGrom. It will be fascinating to see what deGrom truly ends up wanting.