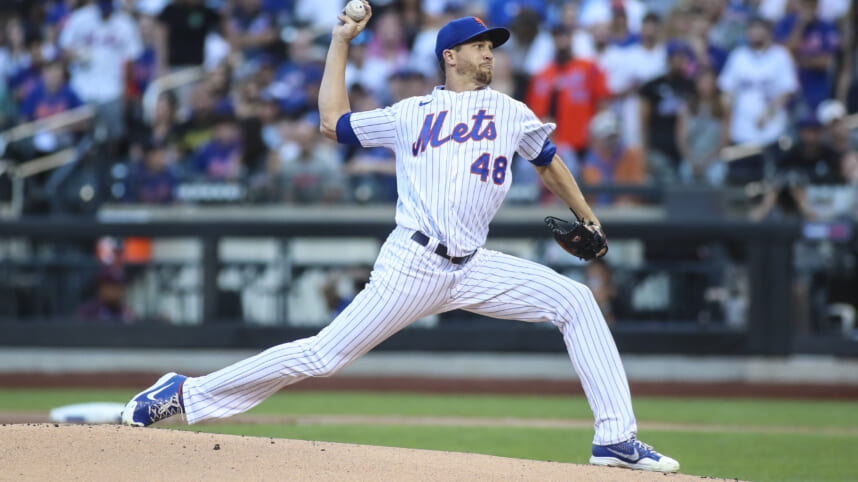 Within the last few days, two former New York Mets pitchers who were teammates with Jacob deGrom for multiple years spoke on his upcoming free agency.

Those two players, Zack Wheeler and Noah Syndergaard, both came up as exciting young prospects with deGrom and helped form some great pitching staffs over their years.

Both Wheeler and deGrom are currently in the World Series with the Philadelphia Phillies and spoke on deGrom’s future status with the Mets.

Wheeler, who pitched alongside deGrom for four years (2014, 2017-19), had this to say about his relationship with the Mets and what he expects to happen.

“He told me he is happy there. I just think he wants to get compensated for what he’s done.” Wheeler also stated, “I don’t want to speak for him, but I know he wants to win. I think he deserves a little better than what he’s getting contract-wise. I think that speaks for itself.”

Syndergaard, who was in the Mets’ starting rotation with deGrom for six years (2015-19, 2021), said he would be “surprised” if deGrom left the Mets and had the following to say.

“With Steve Cohen anything is possible, especially when you have a pitcher like deGrom – he’s got the potential and stuff to be the best pitcher ever to walk this earth. I just hope that he stays healthy.”

It is still truly unknown whether or not deGrom wants to ultimately stay a Met. However, deGrom pitched with both Wheeler and Syndergaard long enough to be close friends with them, making their comments here somewhat valuable. Now, Mets fans just have to hope these words are true and the Mets and deGrom can find a way to make it work.