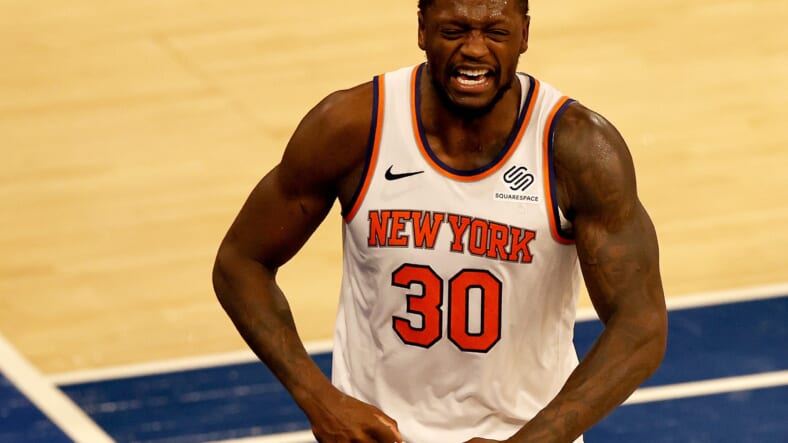 A day after securing the services of former four-time NBA All-Star Kemba Walker, the New York Knicks had another major coup.

The Knicks locked up their All-Star leader Julius Randle throughout his prime with a new four-year deal worth $117 million. The last year is a player option.

Barring any trade, Randle will be in New York until heâ€™s 31 if he opts in to the final year of the contract.

He doubled down on that by committing this summer for the long haul.

The first year of Randleâ€™s extension starts at $23.76 million and will kick in at the 2022-23 season. It will increase 8% every year, according to ESPN front office insider Bobby Marks.

The bonuses in his original contract signed in 2019, which includes making it to the All-Star Game, getting to the playoffs, and earning a spot in the All-Defensive Team, remain.

Itâ€™s a steal for the Knicks, considering that Randle will enter the 2022-23 season as the 47th highest-paid NBA player, according to Spotrac.

It was a win-win deal for both parties.

The Knicks potentially save around $80 million as RandleÂ could have earned as much as a $200 million maximum contract next summer if he has another All-Star year. This gives the Knicks future flexibility to improve the roster.

But Randle also saved himself from the potential risk of losing money if he regresses after a remarkable season that saw him became an NBA All-Star, win the leagueâ€™s Most Improved Player award, and was named to the All-NBA Second Team.

The 26-year old forward led the Knicks to the fourth seed and their first playoffs appearance since 2013. He averaged 24.1 points, 10.2 rebounds, and six assists in the regular season but fizzled out in his first playoffs.

The addition of Walker and Evan Fournier should ease up the burden on Randle. But it could also mean his numbers will take a hit.