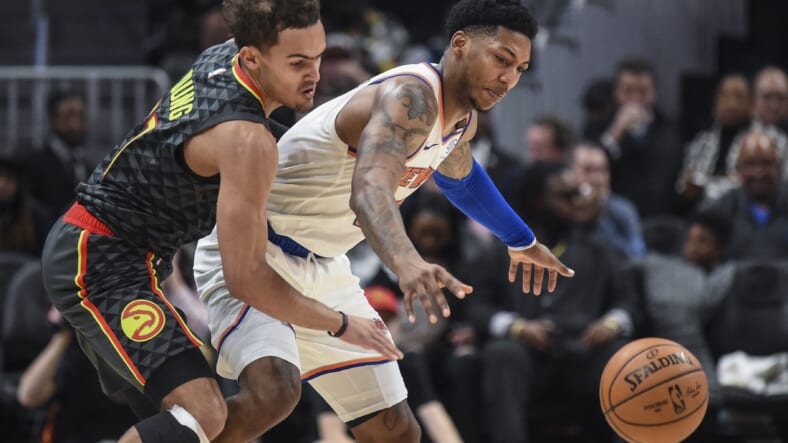 Tom Thibodeau may bury struggling Elfrid Payton on the bench during crucial moments of the game, but he will never throw his beleaguered starting point guard under the bus.

The New York Knicks have reached this far, with Thibodeau sticking to his guns with Payton as a starter. But Payton’s role had been reduced to token starts for the Knicks during the home stretch, with his favorite point guard Derrick Rose taking a larger role off the bench.

“The depth of our team is one of our strengths. There are things that Elfrid provides for us that are big assets to our team — his size, his defense,” Thibodeau said on his zoom call with reporters on Wednesday. Those are important factors. And then you look at it in totality. How does the team function?”

The Knicks have won 16 of their last 20 games despite Payton’s offensive woes. Payton hasn’t breached the 20-minute barrier since April 28. His confidence took a hit with only a total of six points in their final six games. He shot at an atrocious 3-for-19 from the floor during that ugly stretch.

“As is the case with most players, there will be ups and downs. You don’t have to shoot well to play well. Just go out there and give us what you can. And every game is different,” said Thibodeau of Payton.

“The thing that I love about our team is if someone’s not doing good, another guy steps in, and if he’s doing good, everyone is cheering for that guy. The most important thing is the team winning. That’s where I want the focus to lie,” he added.

Thibodeau was able to hide Payton’s deficiencies with Rose closing out games and Alec Burks getting back in the groove.

Rose and Burks will figure heavily in the rotation as Thibodeau will rely on their playoff experience. The veteran backcourt duo has a combined 63 playoff games under their belts.

Aside from Rose and Burks, Thibodeau may reach deep in his pocket in his bid to slow down Trae Young, who averaged 24.7 points and 12.0 assists in three games against the Knicks this season. Thibodeau admitted he’s been contemplating a lot about utilizing Frank Ntilikina, who’s been out of the rotation for most of the season.

“Frank has been sort of that role as a defensive stopper. He adds great value to our team,” Thibodeau said.

“What you guys don’t see is — he and Kevin Knox and a bunch of other guys who are not in the rotation — how hard they work in practice. We value practice greatly. They’re providing a lot to our team. And whatever their strengths are, we’re gonna try to take advantage of that. And we want them to continue to improve, and that’s an important part of what we’re doing here. All our players are critical.”

If Ntilikina manages to sneak into the rotation, it will be interesting to see how Thibodeau will spread out the minutes.

Will Payton’s minutes get further reduced, or will Ntilikina cut into rookie Immanuel Quickley’s playing time?