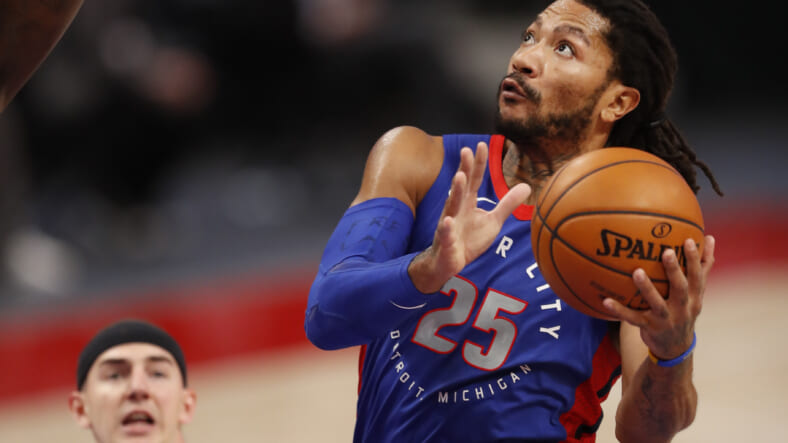 Will the third time be a charm?

Ten years removed from becoming the league’s youngest MVP, Derrick Rose is nearing full circle with the man who made him such.

Rose is set for a third reunion with Tom Thibodeau as the New York Knicks are close to re-acquiring him, according to multiple reports.

Dennis Smith Jr., instead of Frank Ntilikina, whose name was first floated Sunday night, will be the key piece in the reported swap.

The Detroit Pistons are seeking additional draft compensation. But it will likely be a future second-round pick, according to Marc Berman of The New York Post.

Rose, 32, will return to New York no longer viewed as a savior, unlike in his first stint in the 2016-17 season that ended in an ugly divorce. But at the minimum, he is expected to bring a scoring punch off the bench and mentor the Knicks’ quick-rising rookie guard Immanuel Quickley.

Meanwhile, the Pistons hope that a change of scenery will help resurrect Smith Jr., a former ninth overall pick and the integral piece in the Kristaps Porzingis blockbuster trade.

Smith Jr. has requested the Knicks to send him to the G League after only seeing nine minutes this season. If the trade is consummated, he is expected to leave the G League Bubble and join the Pistons’ youth movement.

With the worst record (5-18) in the league, the Pistons have pivoted to rebuilding.

The Knicks, on the other hand, are in the playoff hunt after a surprisingly strong start under Thibodeau.

Rose is averaging 14.2 points and 4.2 assists in 15 games this season. The Knicks will also acquire Rose’s Bird rights giving them the advantage to re-sign him in the offseason.