Report: Mavs not keen on filing tampering charges vs Knicks over Jalen Brunson 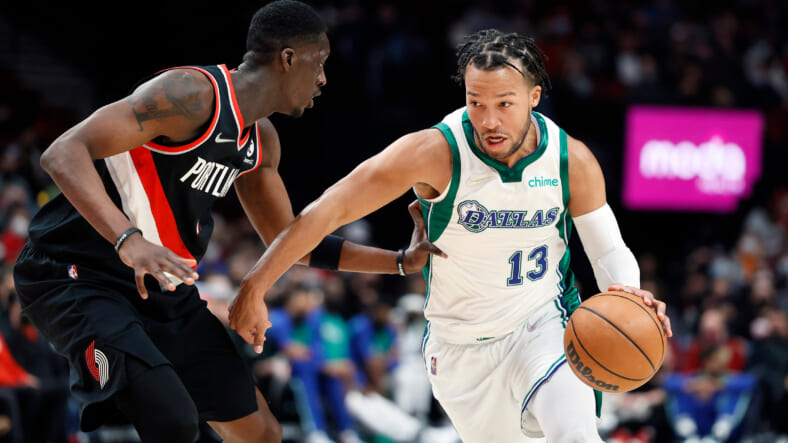 Rumors are ripe that tampering charges might come the Knicks’ way after they scooped up Brunson to a reported four-year, $104 million deal that is expected to become official by next week.

But Cuban essentially dismissed those talks. He is leaving it all up to the NBA.

“That’s all the league stuff,” Cuban said via The New York Daily News. “That’s not for us to say. It’s up to them.”

Under league rules, the NBA will not start an investigation unless and until the Mavericks or another team files a complaint.

Cuban confirmed to some Knicks beat reporters in the NBA Summer League in Las Vegas that they did not get a chance to meet Brunson before the point guard made his decision. But the billionaire Mavericks owner is not harboring any ill will towards Brunson or the Knicks, adding he understood the circumstances of Brunson’s decision.

“No hard feelings. I wish him nothing but the best,” Cuban said via Newsday. “You bust your [butt], and you have that choice. He deserves it.”

“He didn’t turn s*** down. Y’all declined first. When y’all came back to him, we said, ‘Hey, we just want to finish out the season and go from there.'”

It was too late when the Mavericks finally extended an offer after the trade deadline when Brunson was already peaking towards his breakthrough playoff performance.

Cuban also dismissed the reports about the Mavericks being upset by the loud presence of Knicks executives William Wesley and Allan Houston and their star player Julius Randle in Game 1 of the opening round of the playoffs.

Call it indifference, overconfidence, or however you want to frame it, but the bottom line is the Mavericks missed their chances to keep Brunson away from the Knicks, whose strong ties with their former point guard were well-documented.

On the flip side, this new Knicks front office finally delivered after a series of missed opportunities — from Chris Paul to Fred Van Vleet — in the past free agencies. Finally, they have a competent point guard entering his prime.