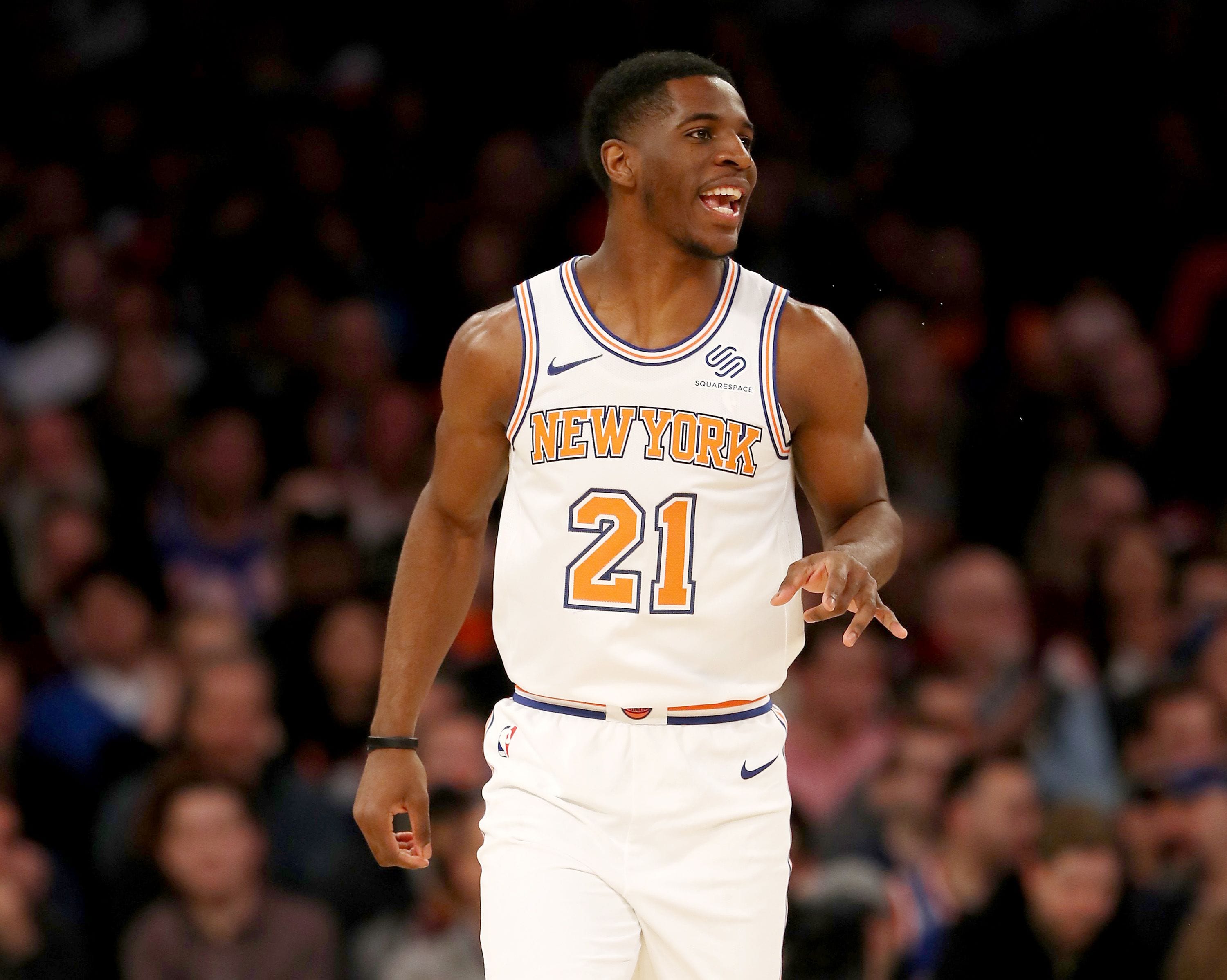 While the New York Knicks headlines have been crowded with names like RJ Barrett and Julius Randle, some of the younger, rotational players have gotten lost in the shuffle.

The Knicks signed a flurry of veterans this offseason to help supplement their lack of experience and average age being below the drinking limit. However, the leadership and knowledge they gained from bringing in options like Randle and Marcus Morris will prove to be beneficial, especially for the youth foundation the Knicks are keen on building through.

Rotational players like Allonzo Trier and Damyean Dotson might benefit the most, though, as they will not hold the pressures of being a starter. Barrett, Kevin Knox, and Mitchell Robinson will all bear that responsibility, and it could be overwhelming for the trio.

What do the New York Knicks have in Trier and Dotson?

Trier and Dotson, two of the more promising young players for New York, will develop behind the scenes and play specific roles next season under head coach David Fizdale. The competition that has been built throughout the roster will ultimately help the progression of the team and expedite the process of their refinement.

Wayne Ellington, Reggie Bullock, and Barrett will all compete for playing time along with Trier and Dotson. The guard position will be packed full of capable players, some more talented than others, but it’s who can produce the most that will see more time on the court.

Trier, one of the young offensive studs for the Knicks, is developing his three-point shot, a factor of his game that can be influential and important moving forward. He shot .394 percent from beyond the arch last year on 2.1 attempts per game. His success has convinced the coaching staff that he should be taking more shots from three. His offensive qualities should see him earn more playing time, but his defense needs work.

Dotson, on the other hand, is more of a utility player, capable of playing offensive and defense at an average level. It’s essential to have rotational players that can be utilized in different scenarios and help at any moment.

Dotson elevated his offense last season, seeing a jump from 4.1 points to 10.7 per game from 2017-to-2018. He is an ‘okay’ on-ball defender, but he developed into a decent shooter, knocking down 36.8% of his 342 attempts last season. The reality is, both Trier and Dotson can be good players for the Knicks, but they’re facing an uphill battle for minutes.