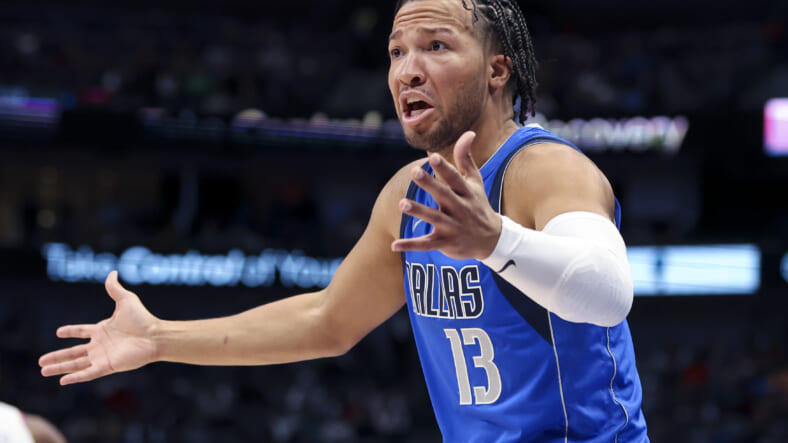 NBA Commissioner Adam Silver confirmed to reporters that the Dallas Mavericks were not behind in the ongoing tampering investigation surrounding the New York Knicks’ acquisition of their former player, Jalen Brunson, in free agency.

The league, not any team, pushed for the investigations into the Knicks and Philadelphia 76ers’ highly controversial offseason moves.

“I think what prompted them was sort of just the tick-tock chronology around sort of when signings are permissible and the announcements of those signings and the information that came out about them, which was cause for the league office to investigate,” Silver said after the the league’s Board of Governors meetings.

Brunson reportedly called off a supposed meeting with the Miami Heat and his former team, Dallas Mavericks before the NBA free agency started June 30 at 6 p.m. E.T. As widely anticipated, the former Mavericks’ second-round pick ended up with the Knicks in a four-year, $104 million deal.

What set off the alarm bells on possible tampering violation was the confusing reports surrounding the circumstances of Brunson’s signing with the Knicks.

NBA insider Shams Charania of The Athletic reported Brunson’s intention to sign with the Knicks less than an hour before free agency started, raising suspicion of a handshake deal.

Mavericks owner Mark Cuban confirmed to two Knicks beat reporters at the NBA Summer League in July that they never had a chance to outbid the Knicks.

“It really wasn’t about the amount of money,” Cuban said. “We really didn’t get a chance to make an offer. It was Jalen’s choice. And I understand it. He knew those guys his entire life. He grew up there. It makes perfect sense.”

Then Cuban added it’s not up to him, but the NBA, to determine whether the Knicks violated tampering rules or not.

Tampering occurs when a team or one of its representatives attempts to persuade a player, coach, trainer, general manager, or any other person who is under contract with another team to join the tampering team, per the NBA league policy.

The Knicks made perfect sense for Brunson based on his deep relationships with the Knicks’ top brass — Rose, William Wesley, and coach Tom Thibodeau. It also helped that his father, Rick, recently joined the team as an assistant coach. But more than the familiarity, the appeal of the Big Apple and running his own team, which he will never get in Dallas while Luka Doncic is there, was too much to resist.

Silver said the NBA hopes to wrap up the investigations in the next few weeks.

The Sixers, meanwhile, are being investigated surrounding their offseason acquisitions of P.J. Tucker and Danuel House, which came to fruition after James Harden declined his $47.4 player option to take a significant pay cut.