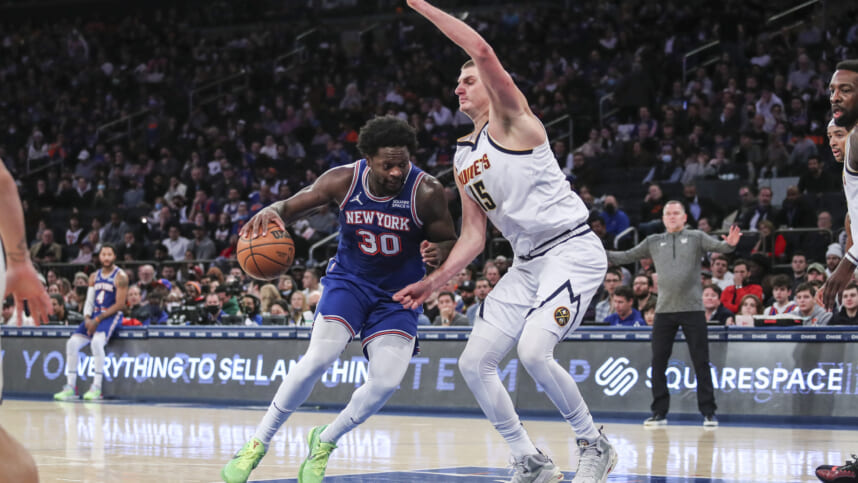 The New York Knicks caught a lucky break as reigning back-to-back MVP Nikola Jokic entered health and safety protocols on the eve of their clash with the Denver Nuggets.

Jokic joins another Nuggets key player Bones Hyland in the protocols, with Aaron Gordon also questionable with a non-Covid illness.

Jokic is coming off a season-high-tying 14-assist effort in the Nuggets’ easy 126-103 victory over the Chicago Bulls last Sunday.

The Nuggets currently sit in second place in the Western Conference with a 9-4 record. With Jokic and Hyland out, the Knicks have a golden shot at ending their long spell in the Mile High City dating back to 2006.

Their Wednesday’s tiff with the Nuggets will be on the second night of the most brutal back-to-back road schedule in the NBA, considering the high altitude in Utah and Denver.

The Knicks are scheduled to open their West Coast trip against the surprising Jazz late Tuesday night with Tom Thibodeau under fire. There are rumblings that he’s on the hot seat following the Knicks’ three disheartening losses in their last five games.

Julius Randle reportedly called players-meeting only over dinner Monday night to address their up-and-down start to the season.

The Knicks are in a tough spot, and a loss against a Jokic-less Nuggets would be a big blow to Thibodeau.