Knicks: Thibodeau sticks with Payton as starter for Game 2 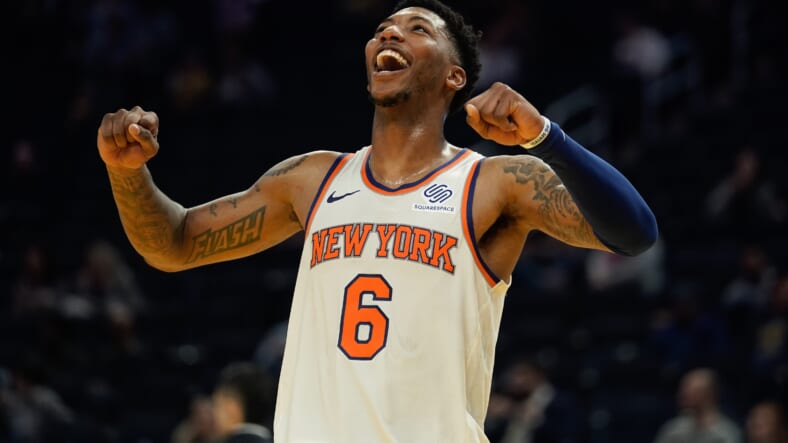 Tom Thibodeu has decided to stay the course and will roll out the same starting unit against Trae Young and the Atlanta Hawks on Wednesday night.

Young toyed around the Knicksâ€™ backcourt in Game 1 scoring a game-high 32 points and handing out 10 assists in an auspicious playoff debut. The Hawks star guard scored the game winning floater with 0.9 seconds left steal one in New York, 107-105.

Paytonâ€™s minutes was further reduced as he went scoreless again in eight minutes, missing all his three attempts and was a plus/minus -2. Heâ€™s the one of the two Knicksâ€™ guards who had a negative net rating. The other was Frank Ntilikina who played only 31 seconds and as Youngâ€™s defender in the final play.

“We looked at the game, we look at what’s going on. It’s a two-point game and it comes down to a loose ball. Just get out there, get the job done, play defense, run the team. We’re going to use everyone,” said Thibodeau before the game explaining his decision to stick with the same starting lineup.

Thibodeau was referring to Bogdan Bognadovicâ€™s three-pointer that tied the game at 103 all with 55 seconds left. RJ Barrett initially swiped the ball but Bogdanovic gathered control as the Knicksâ€™ wingman lost his balance. That shot set up Youngâ€™s heroics.

The Knicks have managed to take out Youngâ€™s three-point shot (1-of-3 in Game 1). But the cold-blooded guard went 11-for-23 from the floor and was 7-for-12 from close range.

Atlanta Hawks star Trae Young scored 32 points on a variety of floaters including the game winner against the New York Knicks in Game 1.

Thibodeau had a game plan that could have led to a Knicksâ€™ victory in Game 1 as they neutralized Clint Capelaâ€™s lob threat. Capela wound up with only nine points on seven shots. Thibodeauâ€™s calculated risk, however, backfired with Julius Randle playing one of his worst games and Bognadovic hitting the crucial 3 off a loose ball. Randle missed 17 of 23 shots for just 15 points, way below his average. Â

And it didn’t help the Knicksâ€™ guards were too relaxed on Young giving him enough space to operate inside.

â€œWell, I can say we played too relaxed. Tonight weâ€™re just going to play our normal way of playing,â€ Rose said after todayâ€™s shootaround ahead of Game 2. Aggressive and playing smart. Heâ€™s a smart player. He knows how to use angles. We just got to make sure we stay into the ball and make things harder for him. Last game we didnâ€™t do that.â€