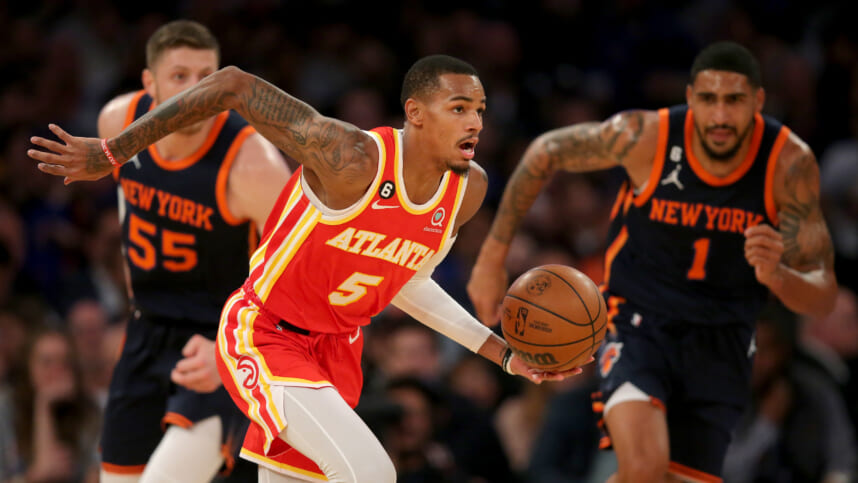 The Knicks starters sputtered and could not sustain a 23-point lead as they fell prey to the Atlanta Hawks, 112-99, Wednesday night at the Madison Square Garden.

It was their first home loss of the season and a third straight defeat in a tough seven-game stretch against playoff contenders.

The Knicks successfully shackled Trae Young to only 17 points on 32 percent shooting. But they forgot about Dejounte Murray.

The Hawks’ defense tightened up after trailing by 23 midway through the second quarter. Murray and Young combined for 28 of the Hawks’ 36 second-quarter points as they cut the Knicks’ lead to eight at the break.

They trailed by as many as 19 points in the second half in a stunning turnaround.

Jalen Brunson paced the Knicks with 20 points and five assists, overcoming two quick fouls at the start. But he went scoreless in the pivotal third quarter where the Hawks seized control. The Knicks could only cough up 10 points against the Hawks’ zone defense.

A bad mix of shooting struggles from the outside (10 of 37) and 16 turnovers killed any hopes of a Knicks comeback.

Julius Randle had a great start but was held to only three points in the second half. He finished with 15 on 4 of 12 shooting. RJ Barrett had 19 points on 18 shots.

The Knicks’ bench outscored the Hawks, 21-0, in the first half. Then it was the Hawks bench the rest of the way led by Aaron Holiday’s eight points.

“This [loss] is very frustrating. All we can do is learn from it and get better.

Toppin, who put up 12 points off the bench, 10 during the Knicks’ surge in the opening half, pointed to their lack of energy to start the second half as the main culprit of the loss. But there were already tell-tale signs in the final five minutes of the first half, where the Hawks had a 15-point swing.

Immanuel Quickley was among the few bright spots with 11 points and a career-high 16 rebounds.

The Knicks will be hard-pressed to bounce back when they visit the Philadelphia 76ers on Friday.