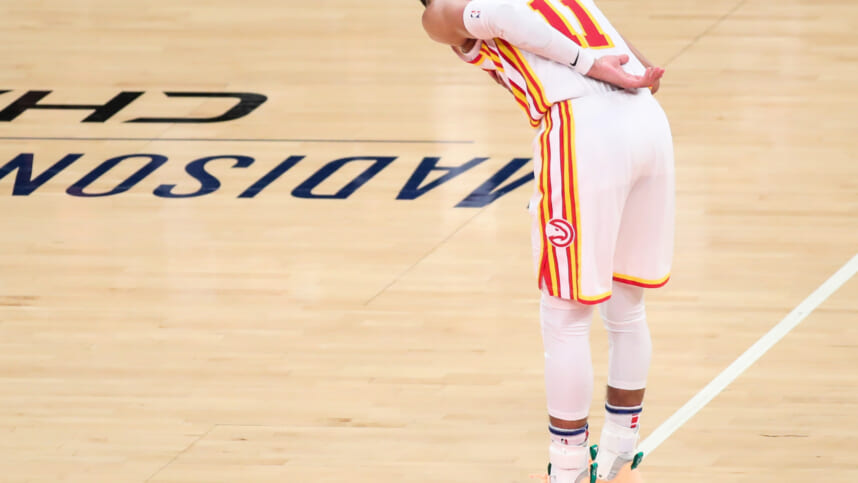 The New York Knicks will be looking to arrest a two-game skid when they host rival Atlanta Hawks Wednesday night. To do that, they must clip Trae Young’s wings.

The Hawks’ star point guard has been feasting on the Knicks since after his rookie year. He has scored at least 20 points in his last nine meetings with the Knicks. Entering Wednesday’s game, Young is averaging 28.7 points on 43/38/84 shooting split with 3.2 rebounds and 9.4 assists against 3.4 turnovers versus the Knicks. He dropped 45 points in his last visit at the Garden — a 117-111 Atlanta win — that earned him more vitriol from the Knicks fans.

Young is eager for a bounce back from a sub-par game in Toronto. Playing in the Garden, one of his favorite NBA arenas, presents an opportunity to add to his growing lore as the Knicks’ new villain.

“You have some teams that have more than one [star], but [Young is] as tough a cover as there is. He’s clever, can shoot it from anywhere. Great range. Great first step. Crafty. You got to look at a lot of pick-and-rolls. We’re going to have to be ready.”

It will take a collective effort, much like what the Toronto Raptors did that sparked their 30-point beating of the Hawks two nights ago.

The Raptors laid out the blueprint for stopping the Hawks’ engine.

The Raptors’ swarming defense limited Young to a conference-low 14 points on a 23/20/87 shooting split and a career-worst 10 turnovers. He approximated his assist average with 10 but had zero rebounds.

The Hawks’ star point guard is no stranger to box-and-one defenses against bigger defenders. But the Raptors took it to another level, alternating Precious Achiuwa, OG Anunoby and Scottie Barnes as his primary defender and either one of them or Pascal Siakam as the help defender, cutting off his path to the basket and his passing lanes.

The Knicks do not have the same type of personnel as the Raptors, who have long, switchable wings. But with Quentin Grimes looking primed for his season debut, Thibodeau will have another tough defender at his disposal to throw at Young.

It could mean less playing time for Evan Fournier, who has the worst net rating (-13.1) among all Knicks rotation players per Cleaning The Glass.

Jalen Brunson is no slouch, but he doesn’t have the size of Anunoby or Barnes. Will his bulk and competitive spirit be enough to, at least, slow Young down?

If Grimes is still unplayable, Immanuel Quickley and Cam Reddish are expected to also have a crack at the Hawks’ crafty playmaker behind RJ Barrett, who will also have to deal with Dejounte Murray.