Knicks’ national TV games down to 16 next season

After missing the playoffs, the New York Knicks' national TV schedule was slashed to 16 from 29 last season. 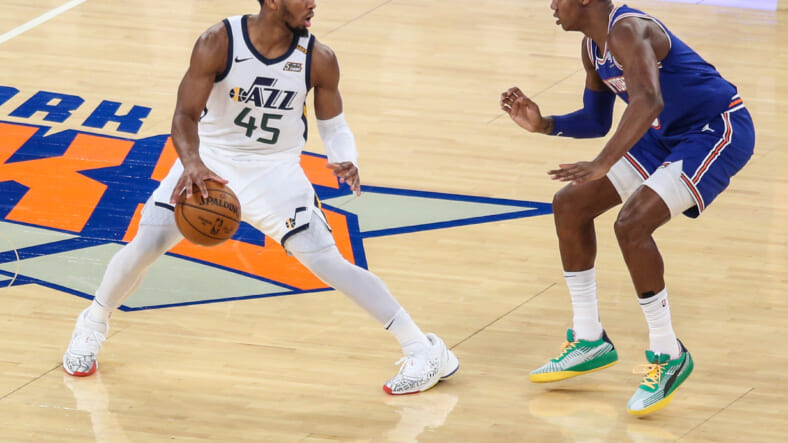 After missing the playoffs, the New York Knicks‘ national TV schedule was slashed to 16 from 29 last season.

However, the Knicks’ opening game in Memphis on October 19 will be on ESPN. The Knicks will also open NBA’s Christmas Day schedule at 12 noon against the Philadelphia 76ers at the Madison Square Garden live on ESPN.

Their crosstown rival, Brooklyn Nets, will have 23 national TV games but 10 on NBA TV amid the uncertainty of Kevin Durant and Kyrie Irving’s future with the team. The Knicks-Nets game in Brooklyn on January 28 will be part of the NBA Rivals Week on ABC. Their first meeting in Brooklyn on November 9 will be on ESPN.

Another highlight of their national TV schedule will be matchups against marquee teams such as the defending champion Golden State Warriors in the Bay area on November 18 (ESPN) and December 20 at the Garden (TNT), a home game against LeBron James and the Los Angeles Lakers on January 31 (TNT).

A rivalry game against Atlanta Hawks on December 7 will also be on ESPN.

Overall, the Knicks have 13 games on ESPN, ABC and TNT and three on NBA TV. They are tied for the 10th most national TV games with the Minnesota Timberwolves.

Another intriguing Knicks game on TNT will be a road game in Utah on November 15, potentially Donovan Mitchell’s first game back at Salt Lake City if the trade goes down before the season starts.

The Knicks and the Jazz have reportedly re-engaged in trade talks though no deal is imminent.

The arrival of Jalen Brunson has inspired hope in New York that the Knicks will be fighting for a playoff spot next season. A Donovan Mitchell trade could solidify their status as a playoff contender.

But even without the Jazz’s three-time All-Star, the Knicks already have their point guard in Brunson while maintaining a deep bench led by the fully healthy Derrick Rose and the exciting duo of Immanuel Quickley and Obi Toppin.

After the season opener in Memphis, the Knicks will host the Detroit Pistons on October 21 at the Garden. It will be Jaden Ivey’s official Garden debut. Ivey, the fifth overall pick, was a Knicks trade target on Draft Night but it didn’t materialize.