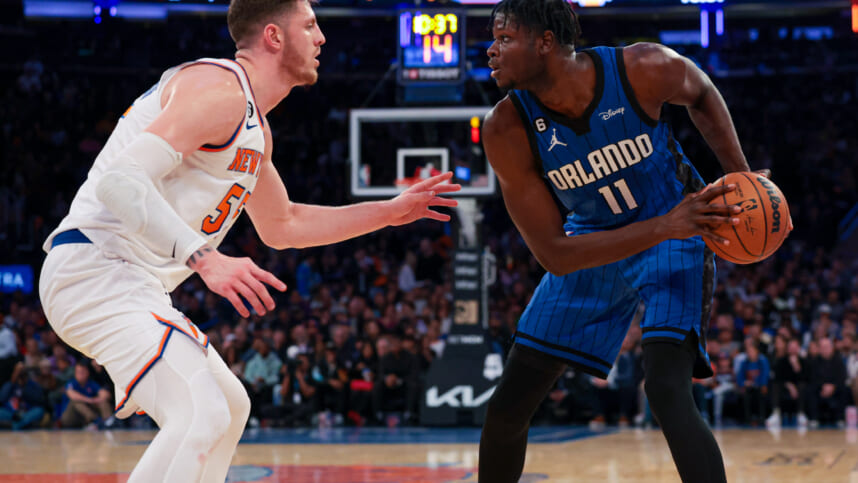 Isaiah Hartenstein has quietly been a key piece for the Knicks early in the new season, averaging a career-high 9.2 PPG and 8 RPG and a little over an assist per game coming off of the bench through the team’s first six games. Hartenstein signed a 2-year, $16 million with New York in the offseason to serve as the backup center to Mitchell Robinson, who also signed a long-term contract this past offseason.

In the 2021-22 season, his first full season in the NBA, Hartenstein averaged an 8/4/2 slash line and shot 62% from the field with the Los Angeles Clippers as the backup to Ivica Zubac. He has quickly established himself as one of the better backup bigs in the NBA with the leap he has taken in his first season in the Big Apple.

Despite Knicks’ starting center, Mitchell Robinson, playing superbly on the defensive end, averaging 2.5 blocks per game, he’s found himself in foul trouble often, as he averages 3.7 fouls per game. This has caused Hartenstein to see the court more, and in fact, he has outplayed Robinson in nearly every offensive category as well as minutes, as Hartenstein averages 25.1 MPG compared to Robinson’s 24 MPG.

In Sunday night’s loss to the Cleveland Cavaliers, Hartenstein played nearly seven more minutes than Robinson after Robinson got into foul trouble throughout most of the game.

Hartenstein has stepped up in a big way for the Knicks with the added playing time, proving that he earns the minutes he is getting by making swift passes inside and knocking down floaters from the mid-range.

He’s also been solid on the defensive end, averaging a steal and a block per game with a plus-minus of +1.8. The Knicks had been itching for a big man that can score in the low post, defend underneath the rim, and space the floor like Hartenstein can.

Hartenstein’s fellow Knicks teammates feel strongly about his versatility and are excited to share the court with him each game.

“Having a big like that being able to pass out the post…stretch the floor, it’s amazing.”

Hartenstein’s solid play has earned himself lots of respect from Knicks’ head coach, Tom Thibodeau. Evidently, Thibodeau has insurmountable trust in his new big man, playing him for long stretches at points throughout most games and even inserting him into rotations with the starting unit.

In the Opening Night overtime loss to the Grizzlies, Hartenstein played for over 40 minutes compared to Robinson’s twelve, a clear sign of trust right out of the gate from his new coach. Thibodeau praised Hartenstein’s skillset and effort during his postgame press conference after Sunday night’s loss to the Cavaliers.

“He’s been terrific, we knew he would be. {Hartenstein} gives you rim protection, he can shoot, he can pass.”

Hartenstein will look to continue his solid play on Wednesday against the 4-3 Atlanta Hawks.