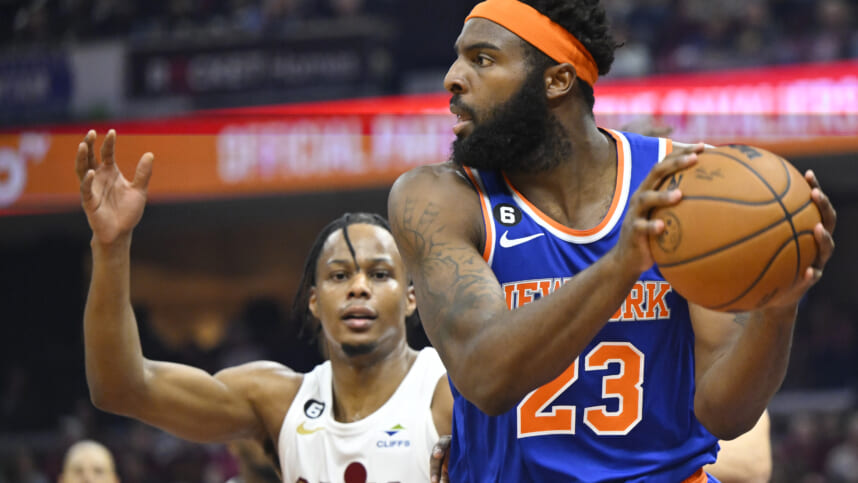 New York Knicks center Mitchell Robinson begins to ramp up for a possible return at some point in the team’s upcoming five-game West Coast road trip.

It has been more than a week since Robinson sprained his right knee during the Knicks’ 133-118 loss to the Boston Celtics at home last Nov. 5.

According to Jeff Stotts, a certified athletic trainer who runs the NBA injury database-focused street clothes website, the average lost time for knee sprains spans from 17 days (Grade 1) to as long as 41 days (Grade 2). The Knicks have not revealed the severity of Robinson’s injury. But Thibodeau’s recent update suggests it was just a Grade 1 sprain.

Backup center Isaiah Hartenstein and third-stringer Jericho Sims have held the fort in Robinson’s absence, helping the Knicks to a 2-1 record without him entering Sunday’s game against the Thunder.

Robinson, who signed a $60 million, four-year extension with the Knicks last summer, is averaging a career-low 5.8 points and 5.7 rebounds in nine games this season.