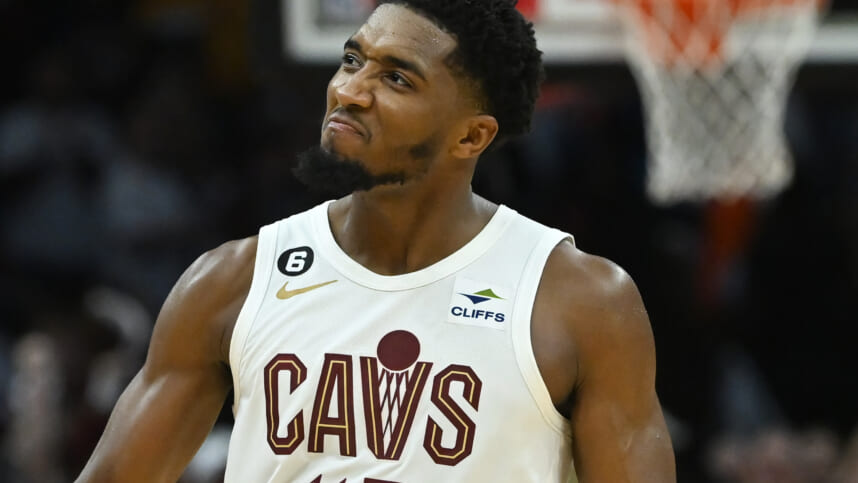 The Knicks have a daunting task ahead of them, as they will be going up against the 4-1 Cleveland Cavaliers on Sunday, looking to bounce back after getting manhandled by the powerhouse Milwaukee Bucks on Friday. The guy, the Knicks, will need to watch out for will be Donovan Mitchell, who is averaging an astounding 31/4/6 slash line while shooting 40.5% from 3 in his first five games as a member of the Cavaliers.

The Knicks nearly got their star but he slipped away:

Knicks fans have gotten to know the former Utah Jazz star pretty well since the conclusion of last season, as New York was the heavy favorite to land Mitchell in the midst of trade rumors during the offseason. Instead, Mitchell remains an opponent to the Knicks, and this time around, he is an opponent playing in the same conference as the Knicks, adding to the magnitude of competition the Eastern Conference is sure to have this season.

They will have their first crack at him on Sunday, with Mitchell coming off his best performance as a Cavalier, scoring 41 points on 15-25 shooting from the field, including five 3-pointers made in their overtime victory against the Boston Celtics on Friday. His teammate, Caris LeVert, also scored 41 points in the thriller.

The Cavaliers adding Mitchell turns Cleveland from a playoff threat to a finals contender. They will field a starting 5 that has 4 All-Star caliber players in Mitchell, Darius Garland, Evan Mobley, and Jarrett Allen. The Cavaliers are now another team that the Knicks will have to contend with for a playoff spot in a loaded Eastern Conference.

During the offseason, the Knicks sent the Utah Jazz several trade offers to get them to pull the trigger and send Mitchell to New York, Mitchell’s hometown. Extending RJ Barrett effectively took them out of the running for Mitchell, as he was traded to Cleveland on September 1st. The trade sent shockwaves across the league, as the general expectation among fans was that the 3-time All-Star was going to be playing home games at Madison Square Garden this season.

Even Mitchell himself was surprised by being moved to Cleveland, as, according to him, he was “very close” to being traded to the Knicks.

“I went to sleep like ‘Okay I’m on the Knicks.’ I’m going home, building a house back home – I was already doing that anyway so I was like ‘alright we got to expedite that.’ – Just 2 days later, my agent called me and said I was going to Cleveland, so that was a shock at first. I would say that was a moment when I was pretty certain that {getting traded} was going to happen.”

Moral of the story, Donovan Mitchell is not on the Knicks, and they will have to wait until he hits free agency in 2026 to pursue him once again. Therefore, the Knicks will have to plan for their future without him and will already get a glimpse of what they are missing out on Sunday night in Cleveland.