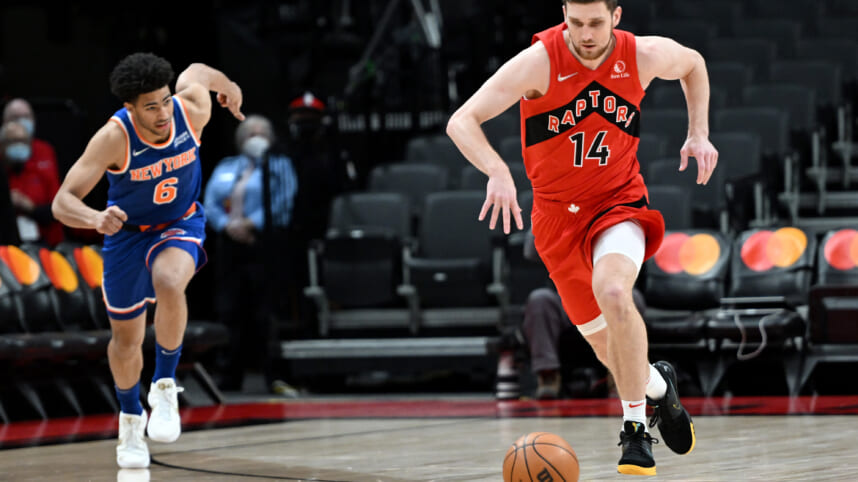 The New York Knicks are taking a flier on Svi Mykhailiuk after the Toronto Raptors waived the Ukrainian wing.

The 6-foot-7 Mykhailiuk agreed to a one-year, partially guaranteed deal with the Knicks on Sunday.

The Athletic first reported the news.

Mykhailiuk teamed up with Alex Len in leading Ukraine to the Round of 16 in the Eurobasket. A hard-nosed defender, which Tom Thibodeau loves, Mykhailiuk led the Eurobasket in steals with 2.2 per game along with 17.0 points, 5.0 rebounds and 2.8 assists. He also shot 34.1 percent from deep.

The Raptors waived Mykhailiuk after his three-point shooting dipped last season to 30.6% last season from 33.4% in the previous season with the Oklahoma City Thunder.

Feron Hunt and rookie Trevor Keels serve as the Knicks’ two-way players in the upcoming season.

DaQuan Jeffries will likely be relegated to the NBA G League with the Westchester Knicks.