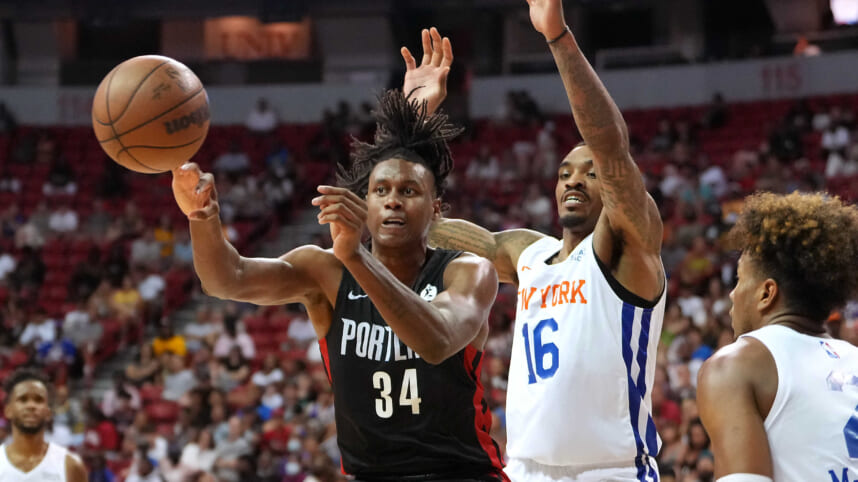 The New York Knicks bring NBA journeyman DaQuan Jeffries to the training camp after a solid Summer League stint with the team.

The 25-year-old Jeffries helped the Knicks reach the NBA Summer League Finals averaging 8.2 points on 48.3 percent shooting from the field, including a team-high 46.2 percent from the three-point zone. He played all five games averaging 21.7 minutes. He added 4.2 rebounds and 1.4 assists.

After going undrafted in 2019, Jeffries bounced around between the NBA and G League. The 6-foot-5 forward had short stints with Sacramento Kings, Houston Rockets and Memphis Grizzlies in the NBA. He carved his pathway to the NBA by averaging 16.5 points and 6.9 rebounds in the G League with the Stockton Kings in the 2019-20 season. Last season, he played for the College Park Skyhawks.

Jeffries will have a shot at one of the two final roster spots remaining for the Knicks. He will compete against Jean Montero and Garrison Brooks, who also reportedly joined the Knicks on Exhibit 10 contracts.

Jeffries shares the same agent (Bill Duffy) with RJ Barrett, who signed the most lucrative contract in the Knicks franchise history.