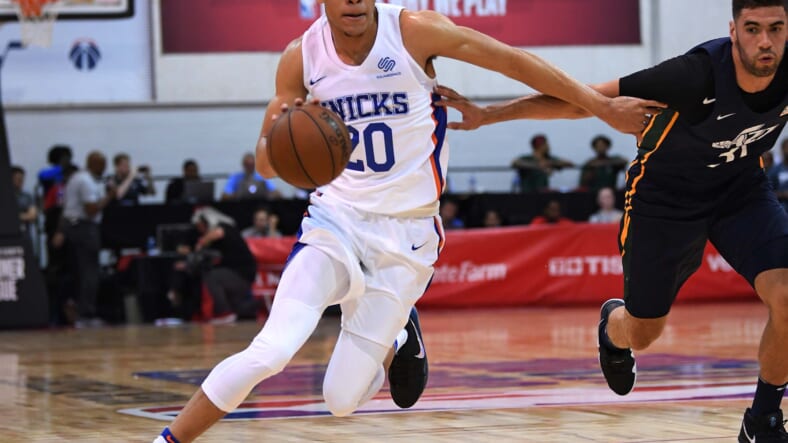 Three years later, Knox will return to Las Vegas not as a star but as a broken player.

Ian Begley of SNY reported that Knox asked the New York Knicks to include him on their Summer League roster.

He wants to play and repair his shattered confidence after bottoming out last season.

Knox will be the longest-tenured player in the Knicks’ Summer League roster and will be playing for the third time in the last four years. There was no NBA Summer League last year due to the pandemic.

Joining Knox in the squad are incoming sophomores Immanuel Quickley and Obi Toppin, who jumped ahead of him in the rotation last season. Rookies Luca Vildoza, Quentin Grimes, Miles McBride, pick-and-stash Rokas Jokubaitis, and Jericho Sims will also make their Knicks debut.

The 20-year old Jokubaitis agreed to play for the Knicks this summer, but he’s expected to return to Europe to play for Barcelona next year.

Meanwhile, Vildoza’s arrival in Las Vegas is contingent on Argentina’s quarterfinal game against Australia Tuesday in the Tokyo Olympics.

If Argentina wins, Vildoza will have to stay in Tokyo until the medal round on Saturday. If they flame out, Vidoza will fly out Wednesday to rejoin the Knicks.

The NBA Summer League opens on Sunday with the Knicks scheduled to play the Toronto Raptors.