Is Knicks vet on his way out? Derrick Rose on shrinking role: I’m in the unknown 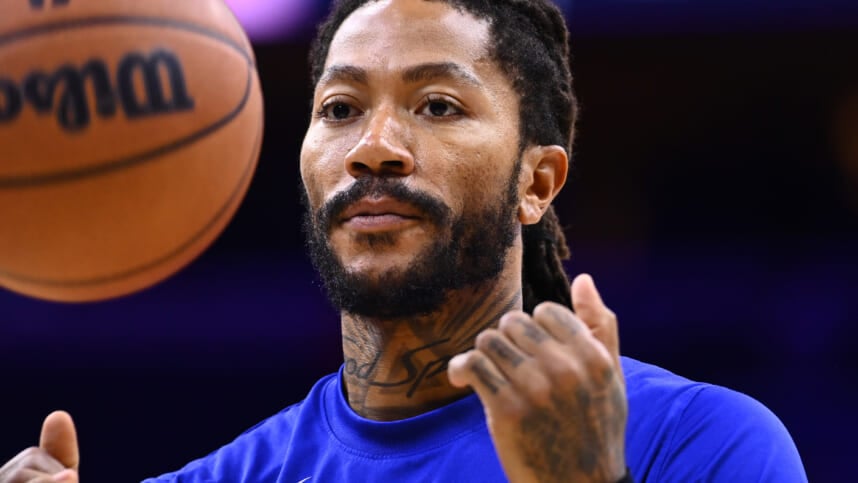 Former MVP Derrick Rose turned from the “heart and soul” of the New York Knicks playoff team to a bench warmer in two years.

The 34-year-old Rose hasn’t played much this season following another surgery. He’s the oldest on the team with his long-time coach Tom Thibodeau leaning towards youth in an effort to speed up the Knicks’ tempo.

He was candid to reporters on Thursday about his shrinking role with the team.

“I’m in the unknown. [I’m] trying to stay focused. Give them all every day. I would tell them, to the guys, being vocal, like always, as I said earlier in the year, and trying to communicate to him what I see on the floor. But yeah, this is new for me.”

Rose added he hasn’t talked to Thibodeau directly about his reduced role.

“I’m letting everybody be, man. …The last guy he wants to hear from is the guy who has been in the league for 15 years going in and complaining and bitching. Just trying to give everybody the space.”

Thibodeau and Rose have forged a strong relationship across three NBA cities and spanning more than a decade of partnership.

Thibodeau made Rose the youngest league MVP in Chicago, then resurrected his career in Minnesota before linking with him again in New York and made him a catalyst of the Knicks’ unlikely playoff run in the COVID-19 protracted 2020-21 season.

Rose’s injury last season is one of the reasons why the Knicks fell short of their bid to return to the playoffs. But this season, Thibodeau is easing Rose back into the rotation.

“I’ve talked to Derrick as much as anyone. So, you’re asking everyone to sacrifice. So some guys who might be going from starting to coming off the bench, some guys might be going out a rotation. That’s all part of it like you have a finite amount of minutes. You have to have a rotation.

And so a lot of it is based on performance, all of it is how does the group perform when you’re on the floor. So I try to reiterate to everyone that you can play well without shooting. So if you’re not shooting well, you can’t allow that to take away from the other things that you can do to help the team win. And so we’re gonna keep searching for guys that can help us win. And that’s where we are.”

Rose is shooting 38.2 percent from the field, his lowest since the 2013-14 season when he only played 10 games after a devastating ACL injury.

Thibodeau may be preserving him for the bigger games ahead in spring and summer. Or maybe this is a sign of the inevitable end of their long-time partnership.

All good things come to an end.

Rose is basically on an expiring contract with a team option on his next year’s salary. That makes him a valuable asset near the trade deadline in February if things go south for the Knicks.