Could the Knicks consider trading for Lakers’ superstar Anthony Davis? 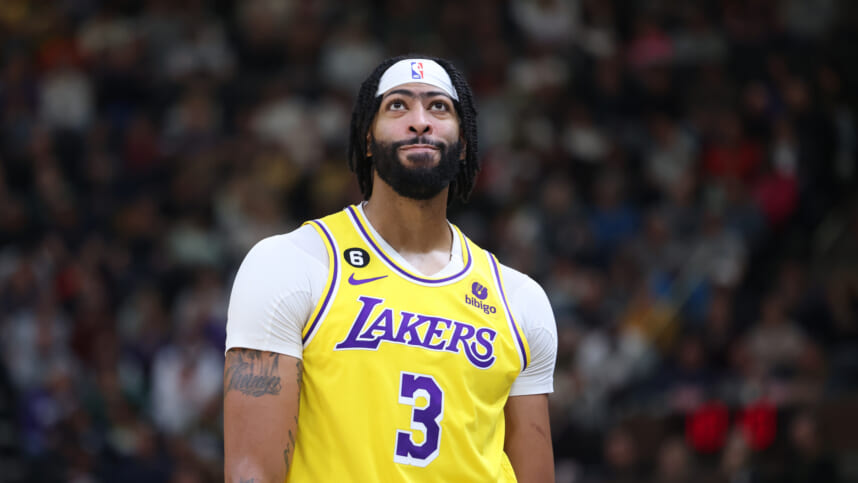 The New York Knicks are in need of star power. According Bill Simmons, Lakers’ superstar big man Anthony Davis may be available for trade with Los Angeles struggling to start the season, giving the Knicks a potential option to solve a variety of issues.

“There is some buzz that Anthony Davis might be available.”

Bill Simmons on Anthony Davis’ availability in the trade market

What could Anthony Davis bring to the Knicks?

Given the struggles Los Angeles has had this season despite their high expectations, the Lakers may consider moving their aging superstars, such as Davis and Russell Westbrook, to acquire some draft capital and begin a proper rebuild.

He would bring elite rim protection as well as size underneath the rim, as his 6’10”, 253 lbs frame would be a force down low defensively. Davis also would bring great floor spacing from the Center position offensively with his ability to shoot the ball from beyond the arc as well as score from the low post.

Davis would also be a good pick-and-roll compliment with Knicks’ guard, Jalen Brunson. Brunson averages 7.3 APG through his first 10 games a Knick, a mark that ranks 11th in the NBA and higher than Davis’ superstar teammate, LeBron James (7.1 APG). Brunson’s assist total would surely rise, sharing the floor with Davis.

The Knicks have assets they are looking to move

The Knicks have a logjam of players that can get legitimate quality minutes. New York recently demoted guard Evan Fournier to the bench, signaling that they could begin to shop him in the trade market given that he is playing under a 4-year, $72 million contract for the Knicks. Derrick Rose has also seen significantly less action this season as Immanuel Quickley continues to develop.

Uncertainty surrounding Mitchell Robinson’s long-term health is also of concern for the Knicks, which could prompt New York to offer Robinson at the right price. These are just a few options the Knicks have with what they want to do with their current assets.

They also have a plethora of draft picks that they acquired during the 2022 NBA Draft, as the Knicks currently own four first-round picks in next year’s draft. Given the Knicks’ commitment to some of their young core, such as RJ Barrett, there is good reason to believe that New York will look to use those picks as trade bait for a superstar acquisition.

Knicks President, Leon Rose put out a statement after this past offseason’s NBA draft explaining why the team wanted a surplus of draft picks.

“We now have a total of 22 picks, 11 in the first round, and 11 in the second round over the next seven years. We have the ability to be active in free agency, as well as in the trade market.”

With Davis’ sudden availability in the trade market, now would be a good time for New York to make use of the extra capital.

Anthony Davis is surely somebody the Knicks should keep their eye on as the season progresses. With how much he brings to the table, New York could be set up to make a move with the amount of assets they have. Only time will tell if the Knicks’ front office presses the button.