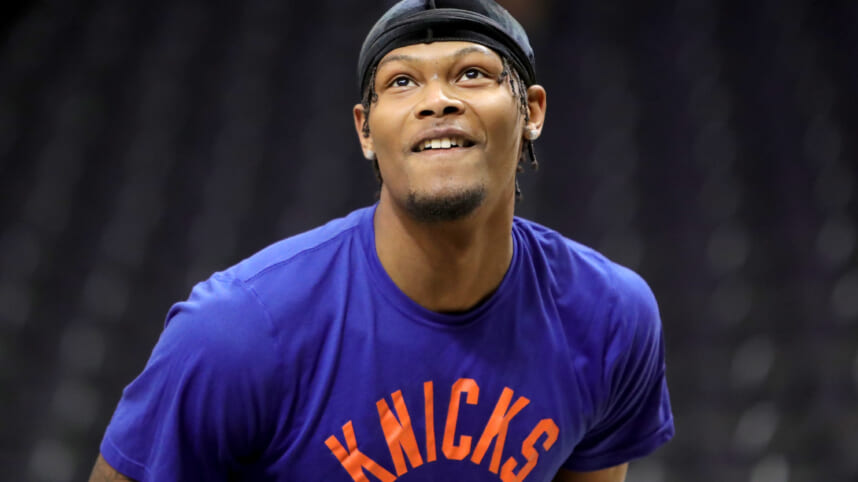 After an injury scare, Reddish will be available, and he could be in for big minutes as the New York Knicks look to make it two in a row in their preseason games.

Veteran guard Evan Fournier will rest Friday night when the Knicks host the Indiana Pacers. With Fournier, the incumbent starter, going through regular load management and Quentin Grimes still nursing a left foot injury, Reddish looms to have another shot to prove himself.

Reddish played only 11 minutes in their preseason opener after a freak accident led to an ankle sprain.

“The good thing was there wasn’t a lot of swelling. So that’s a positive. Not a lot [he did in practice] but like I said, we’re encouraged.

Reddish did not let his bad shooting night (1 of 6 from the field) affect his defensive effort. The 6-foot-8 forward with a 7-1 wingspan contested three shots and had one deflection in the limited minutes he played. He was a plus-7 in the game.

Another Knicks player who stands to benefit in Fournier’s absence is second-year guard Miles McBride. The defensive-minded McBride had a game-high six steals against Detroit. He took advantage of the opportunity and teamed up with Immanuel Quickley to pressure the Pistons’ backcourt.

“The thing I love about Deuce is he’s in the gym all the time, so I know whenever he’s called upon, he’ll be ready. He’s an important part of this team.

Reddish and McBride are solid ‘break-the-glass-in-case-of-emergency’ players for the Knicks. It speaks volumes of the team’s depth, which will be again one of their top strengths this season.