The New York Jets should only have one priority, but what is it? 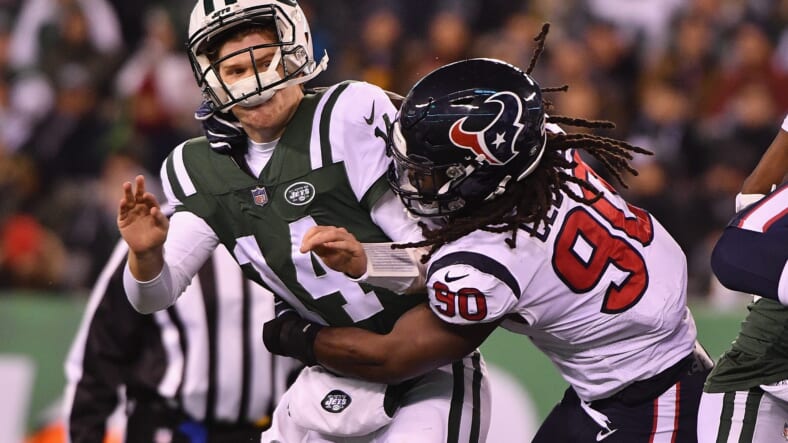 The 2020 NFL Draft should be clear-cut for the New York Jets, and they must remain simple if they wish to walk away a better team.

Understanding the positional value of players is a significant part of constructing a quality team with low cap allocation toward high priced positions.

There is no question that Jets quarterback Sam Darnold could use another premium wide receiver, after allowing Robbie Anderson to walk in free agency. Anderson was never considered a top wide-out in the NFL, and Darnold could certainly use an explosive receiver to maximize his talents.

However, having a great wide receiver doesnâ€™t amount to much if Darnold doesnâ€™t have time to throw the football. Constructing the offensive line has been a priority for general manager Joe Douglas this off-season, signing tackle George Fant, guard Greg Van Roten, and center Conor McGovern. Aside from McGovern, Fant and Van Roten are both fringe starting players. Solidifying positions of need with shaky talent isnâ€™t the best way to ensure your quarterback is protected and has the time necessary to maximize his offensive weapons.

With that being said, the NFL draft presents an easy opportunity for Douglas to draft a tremendous talent at tackle. Players like Jedrick Wills, Tristan Wirfs, Mekhi Becton, and Andrew Thomas will be available at the 11th overall pick for Gang Green. This should be an easy decision for Douglas, who must understand that his quarterback is going into his third season and has been sacked 63 times over the last two years.

Mind you, he hasnâ€™t played a 16-game season in either, missing six total games.

On average, Sam has been sacked about three times per game. He did see incremental growth in other categories last season, but the Jets need him to break out finally, and the only way he can do that is if he has time in the pocket to throw the football. With Tom Brady leaving the AFC East, the Jets have a tremendous opportunity to gain hold of the division for the foreseeable future. Ensuring their offense is playing at a high-level must be a priority, as we saw in 2019, offense-centric teams can be hugely successful. The Kansas City Chiefs are a prime example of that.