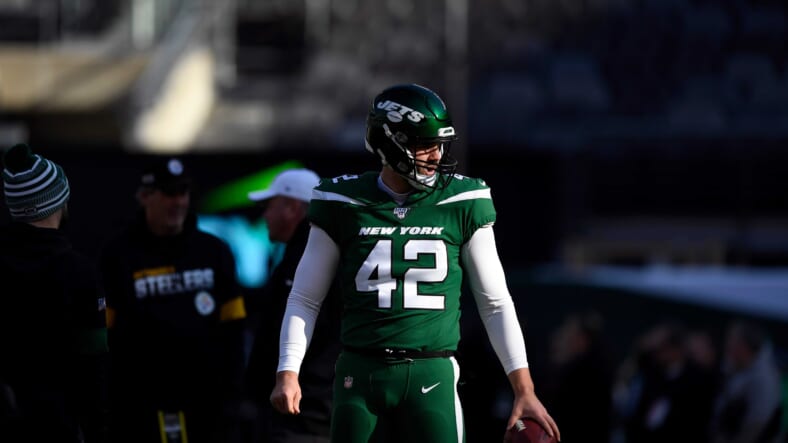 The New York Jets have quietly had some great leaders on their special teams unit for quite some time now. Special teams coordinator Brant Boyer is now entering his seventh year with the Jets in his role. Thomas Hennessy is going into his sixth year as the Jets’ long snapper. The two have done tremendous jobs in their roles for the Jets.

Boyer was hired by the Jets in 2016. A key reason why the 2015 Jets, who went 10-6 with a top-10 offense and top-5 defense missed the playoff was because of a very poor special teams unit. During his time as the Jets’ special teams coordinator, Boyer has worked for three different head coaches. The fact that he has been retained by numerous coaching staffs says a lot about the job he has done.

Boyer helped Andre Roberts, and Jason Myers both make the Pro Bowl in the 2018 season. Last year, he helped Braxton Berrios earn first-team All-Pro honors as a kick returner. He has some core players to his unit in Justin Hardee, Nick Bawden, Jeff Smith, and Del’Shawn Phillips. Boyer has done an exceptional job leading the special teams of the Jets.

Hennessy was acquired by the Jets in a trade shortly before the start of the 2017 season. At the time, he replaced a long-time Jets long snapper in Tanner Purdum. A few months into Joe Douglas’ tenure as Jets general manager in 2019, he extended Hennessy’s contact four years through 2023. To this point, Hennessy has been a great special teams contributor for the Jets in his five years with the team.

Per Football Outsiders, the Jets’ special teams ranked second in terms of DVOA (Defense-adjusted Value Over Average) in 2021. Boyer and Hennessy have a lot to do with that success. As the team gears up for 2022 and expects to play competitive later into the season, expect Boyer and Hennessy to continue to be difference-makers for the Jets on special teams.