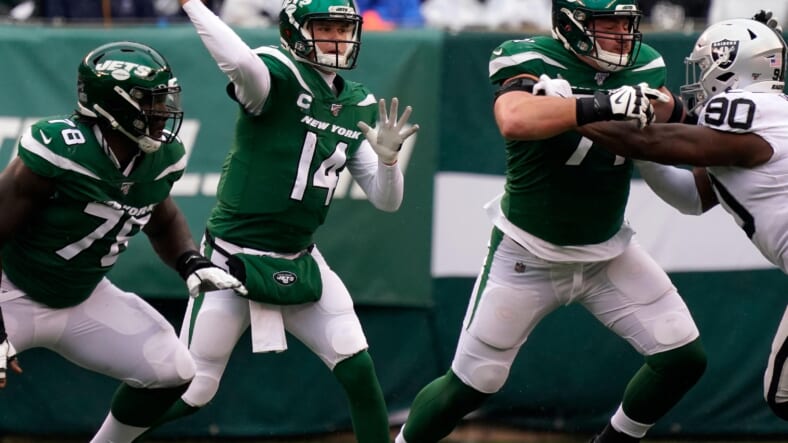 One of my favorite picks in this draft is Denzel Mims. Mims is a 6â€™3 receiver with electric speed. Mims can be a monster in the red zone and also be a significant deep threat. He has the makeup of a superstar receiver and his only flaw is some minor technical issues. If Mims can iron some of those issues out with help from offensive assistant Hines Ward and WR Coach Shawn Jefferson then Mims has the potential to contribute early and in a big way. Mims has the potential to be one of the best wide receivers in this class and adding him could immediately help the offense, both now and in the future.

Big Cat Bryant is a really good athlete. He has not played a lot at Auburn and only has 6.5 sacks in the three seasons he spent there, but the way heâ€™s utilized at Auburn significantly drops his stock. Although Bryant is athletic enough to drop into coverage, has sideline to sideline speed and has solid pass rushing abilities, they play him at defensive end. If Bryant was switched to outside linebacker, his production would immediately increase. That type of athlete in a Gregg Williams defense would be fun to watch. Bryant would fit well in this defense as a rotational linebacker but if heâ€™s a defensive end I donâ€™t know how long heâ€™ll stay on an NFL roster. This would be a potential based pick that the Jets should make.

The Jets added a speedy cornerback with the potential to be a solid slot corner. They added an offensive lineman with the potential to become a very good start with some technical refinement. They grabbed one of the best wideouts in college football from this past yearÂ who could immediately contribute. Lastly, they added an edge rusher with solid potential as a rotational pass rusher. Their Day 3 picks matter just as much as their Day 1 picks. Joe Douglas often has a lot of success in identifying talented Day 3 picks as seen with some of the Eagle’s previous pickups. These are 4 additions that could help the roster significantly and the whole draft class would be one to be proud of for the Jets.