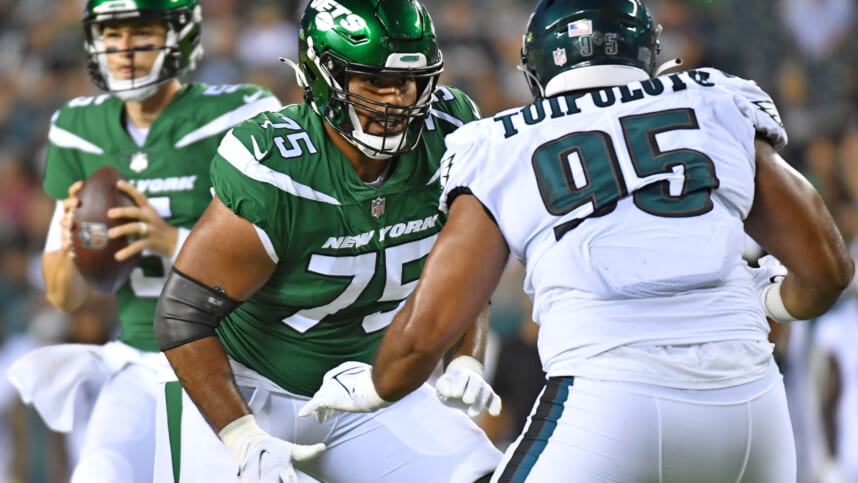 Coach Saleh stated that Vera-Tucker, arguably the Jets’ most valuable player, is out for the year with a torn triceps injury that needs surgery. Just another excruciating loss for this football team.

The versatility and willingness to be the ultimate team player that Vera-Tucker gave the Jets was beyond special. He played at a high level, whether it was moving to right guard from the offseason, to both left tackle and then right tackle, both in a pinch.

These two losses of Hall and Vera-Tucker make life a whole lot harder on the rolling 5-2 Jets.

How do the New York Jets go about the loss of Vera-Tucker?

There really is no way. What Vera-Tucker offers the Jets is immense positional flexibility and a selfless mindset to do whatever on the fly for his team. Not only that but never missing a beat, dominating his opponent consistently regardless of where he was at.

Saleh made known that Cedric Ogbuehi will remain the starter at right tackle for this week. Both George Fant and Max Mitchell are eligible to return soon, which is a good thing for the Jets’ banged-up roster.

It is beyond tough for the 23-year-old, second-year player Vera-Tucker who was playing himself right toward a Pro-Bowl, All-Pro honor-type of 2022 season.

Once again, right after the tough Hall news, even more, adversity strikes against this football team. We will continue to find out more about the mental toughness of this team, having to overcome even more injuries.