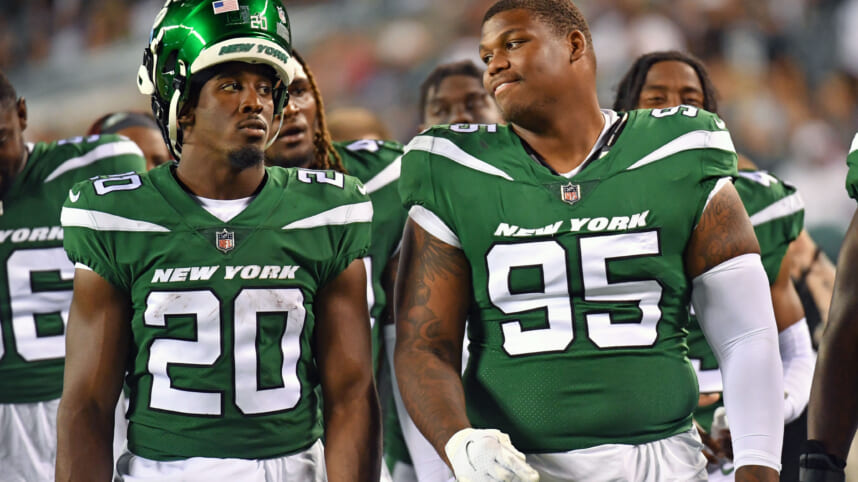 Following two practices in Florham Park, the New York Jets are set to face off with the Atlanta Falcons at MetLife Stadium tonight at 8 P.M.

It will be interesting to see how Robert Saleh and the rest of the Jets’ key decision-makers approach this one. The first game could not have started any worse with the injury to Zach Wilson. With a chance of rain in the forecast, it is worth wondering how much key Jets may play. Last preseason in less than ideal conditions against the Philadelphia Eagles, Saleh opted to hold out Jets starters.

As usual, the health of the players is the first priority for the Jets in this preseason game, especially following the last game.

From there, whether it is the first or second team starting, seeing a faster start on both sides of the football will be important. The Jets gave up two touchdowns defensively to start the first preseason game. Offensively, the first drive resulted in a turnover.

Limiting mistakes early in the game from, whether it be the starters or key backups, will be key. A part of the reason the Jets starters lost last week was because of a bad penalty.

Starting on defense, seeing this deep group of talented pass rushers up front show up should be a goal for the Jets in this one. The defensive line won both days of practice against the Falcons. It should translate to the live game.

Containing the run also has to be a top priority for the Jets’ defense in these preseason games to start to clearly indicate some progress.

Offensively, taking care of the football is where it starts. Ideally, they are not playing from behind right away like last week. Finding some balance between the run and pass utilizing all of the skill talent the Jets have would be great.

Ultimately, staying ahead on down and distance to move the chains, converting third downs to keep drives alive, and putting points on the board to show efficient work should be the goal.

The Jets have some backup skill players competing for roster spots, whether it be Ty Johnson, Zonovan Knight, Denzel Mims, Calvin Jackson, Irvin Charles, and Lawrence Cager. These players will likely all have an abundance of playing time, leading to inevitable opportunities to prove themselves.

Hopefully, the Jets can start this game much better and leave with something to feel good about to build on.