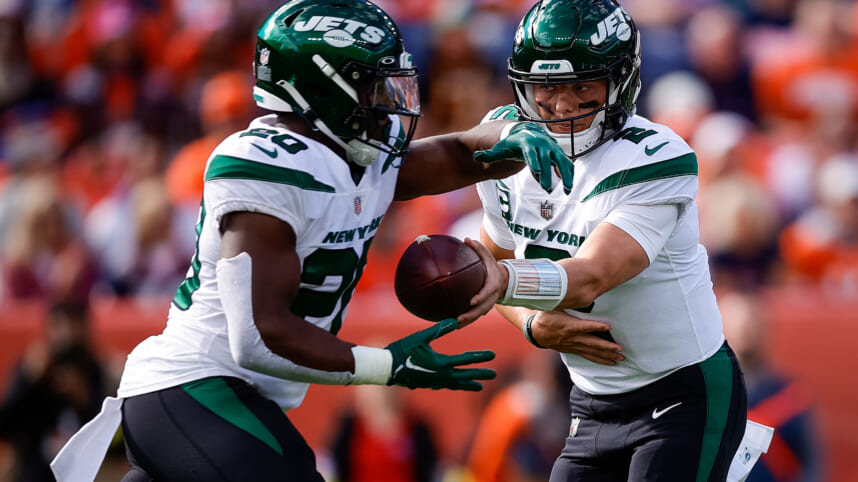 Hall, shortly after providing the Jets with their lone touchdown on the day, left in the second quarter with an apparent knee injury. After walking a little bit, he ended up being wheeled off on a cart.

He did not return for the Jets. Much anticipation awaited the post-game update that would be delivered from Saleh on the Rookie of the Year candidate’s status.

When asked about Hall’s health status, Saleh stated, “Breece, doesn’t look good. He’s got his knee. Initial diagnosis is not good. We’ll see tomorrow.” He was asked if it looks to be an ACL injury and unfortunately, said it does.

If so, this is one tough blow for a Jets football team on a four-game winning streak. Hall established himself as the guy for the Jets’ offense and was just starting to come into his own over these last four games.

Hopefully, somehow, the news tomorrow with further testing on Hall ends up not being as bad as initially expected.

Saleh did look crushed for Hall while speaking on it. Hall’s running mate, Michael Carter, was also devastated by the injury. “It hurt me, bro. I was trying to get my head back in the game because I do care about him a lot. I had a prayer with him after the game… It’s hard. Especially when you have a connection with somebody like that.”

If the news tomorrow only confirms today’s findings, Carter will have many more opportunities coming his way.